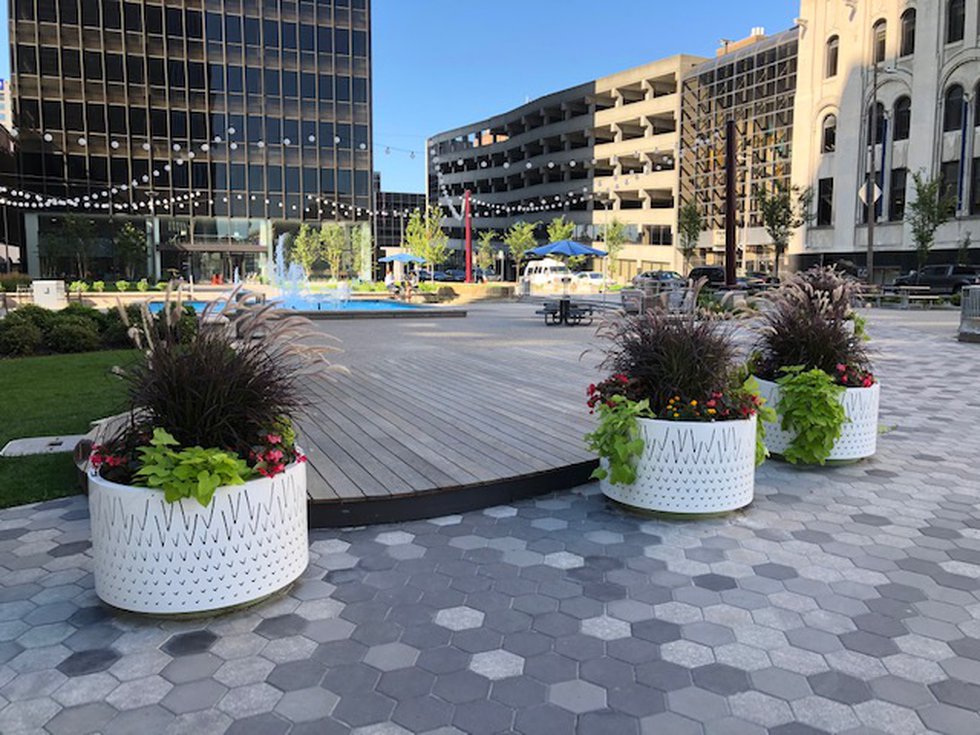 TOLEDO, Ohio (WTVG) – Downtown Toledo is in full bloom, and it’s timing is perfect because there’s a lot happening downtown. The Toledo Jeep Fest is going full blast later this week and the Solheim Cup is only 29 days away. Much has been done to make sure the city is ready for all visitors.

Dozens of planters have been added to the city streets this year, and more are in the pipeline. Flowers are in full bloom in planters and garden beds throughout the streets and parks of downtown.

“When someone visits downtown, whether they’re a resident, a visitor, or a prospective business, they all notice. Everyone loves bright, colorful, beautiful flowers, and we have a lot of them. “

The splash of color is thanks to the city of Toledo, local businesses and ConnecToledo Flowers have been part of the urban landscape for years, but this year on a whole new level.

“You feel at home, it’s inviting. It adds a great pop of color. It looks great when you look down the street. It looks alive and activated. “

While the flowers will be a great backdrop for any upcoming downtown activity, the beautification efforts don’t end there.

“The investments we have made will carry over to the next 10-20 years. There is more to come. We plan to add another 60-120 planters to the city center. “

The new planters are environmentally friendly. “They are self-watering, so they have reservoirs in the ground that hold several liters of water. You water maybe once a week instead of every day. “

And freshening up the city streets isn’t just limited to flowers. “We’re also working with the city to replace trees. A good tree canopy is also good for economic reconstruction in the city center. “

Kerr says this project is a great example of a public-private partnership.

“Property owners vote for a self-assessment every year, and our organization is pouring the money straight into the city center. It’s not just beautification projects. We are also working on economic development tools. There is also the Ambassador Program, which brings people to the streets seven days a week to host and make our city look good. “

Currently, the planters can be found from Summit to Huron and along Adams, Madison and Jefferson. The hope is to eventually extend it to other streets as well. It is planned to use them in all four seasons.

Cleveland does not want to fret about commerce targets proper now