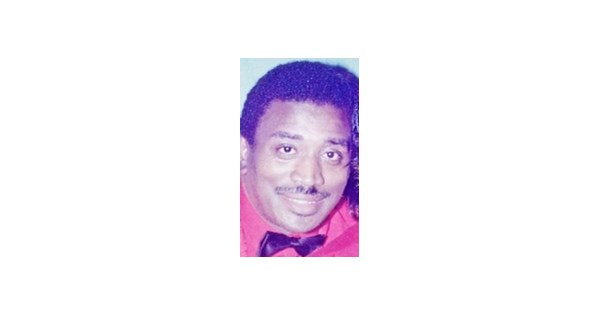 Rev. Will Collier, 69, switched to his reward on Friday, May 28, 2021 and passed away peacefully at home in his sleep. In death he was preceded by his parents Ethel Burke and Daniel Collier; Grandparents, Betty and Roosevelt Briggs, Sr.

Will was born on December 5, 1951 in Helena, AR. He attended West Side Elementary and Eliza Miller High School. Will loved going to church early, singing gospel music, and anything related to church activities. He confessed to Christ early on. During his time in junior high and high school, Will began performing on the school’s talent shows. After high school, Will attended the University of Pine Bluff, AR for a brief period in 1970. It was his decision to join the military at this point. He decided to join the US Navy and received his honorable discharge in 1972. After serving in the Navy with no formal musical training, Will took up his God-given talent and began working for various churches in Helena. Playing piano or organ, AR area. He served as a musician for the King Solomon Missionary Baptist Church and the Galilee Missionary Baptist Church in Helena, AR. Both churches were pastored by the late Rev. Purcell Perkins.

Before moving to Toledo, Will sang with several gospel groups in the Arkansas area, including The Five Blind Boys of Mississippi, The Spiritual Harmonizers, and The Original Sunset Travelers. Will traveled the country with each group singing God’s praises and spreading the word of God, not just through singing but also through preaching.

While spreading the word as a licensed preacher, Will achieved the ultimate goal God had planned for him. He went through the ordination process and became ordained minister in the New Light Baptist Church in Helena, AR on October 13, 1981.

Will was with Universal Security Company as a security officer for 13 years. Health problems forced Will into a disability in 2000.

The opportunity to work with the Scott High School Marching Band, led by Ed and Avie Dixon, made a lasting impression on Will’s life. For more than 20 years, Will worked with students on things like music, instrument preparation, and wind music techniques. His inspiration reached all students, teachers and staff.

Will’s appearances, which were traveling with Ella and now his wife Vara, had led him to guest and concert appearances in various cities. His appearances have included not only churches, but festivals, banquets, community colleges and universities, and numerous television appearances on “Toledo Sings Gospel,” which aired on WTVG Channel 13 between 1990 and 2001. He was especially blessed to have made two appearances on Bobby Jones’ Gospel, in Nashville, TN. His singing career had enabled him to produce three gospel recordings. The first was “Traveling with the Original Sunset Travelers” on the Gospel Roots label. The next two were on the Shur-fine gospel record label, titled “How Sweet the Sound” with his aunt Ella Pickett and “A Still Small Voice” with the group, Ella Pickett and the gospel ensemble. Many of the songs on the last recording were written by his cousins ​​Leroy and Regina Pickett. Will was well known for his gospel appearances during the Gospel Explosions in Portside Toledo in the 1990s.

Some of the events Will shared his gospel talent at included singing in convalescent homes, the Feed the Children event on Belle Isle in Detroit, MI, the Black Swamp Arts Festival in Bowling Green and Fremont OH as a member of the American Federation of Musicians Local 15-286, National Quartet Singing Convention of America Ind. Inc., Toledo Singing Quartet Chapter 70-1 and longtime member of the Gospel Tones of Toledo, Ohio. He wrote and played a song entitled “I Don’t Wanna Get Shot”, which aims to address youth violence in the city of Toledo. His god-given musical talent allowed him not only to play the piano and organ, but also guitar, drums, horn, trumpet, trombone, tuba and xylophone. He made a cameo on America’s Got Talent, which aired June 7, 2016

Will appreciated the many awards and presentations during his career as a gospel singer. The one that stood out for him was in 2007 when he won the Glass City Music Awards, the Longevity Award. This was an event much like the Gospel Stellar Music Awards, which honored many of the gospel artists in and around Toledo.

Will always had an unusual way of preparing his audience before he started performing, whether through a cape or fancy sunglasses down the aisle or pulling up his leg and “lightly” tapping the end of the piano or keyboard Heel of his foot. All in all, after all the antics, Will did nothing but get your attention before finally sitting down on the keyboard and using the gift God had given him, grateful for the opportunities to sing God’s praises and his To raise names.

Will was a person who loved his family. Although Vara and Will had no children, Will and his wife did not hesitate to help his extended family in any way possible. He always loved to give and thought nothing of it.