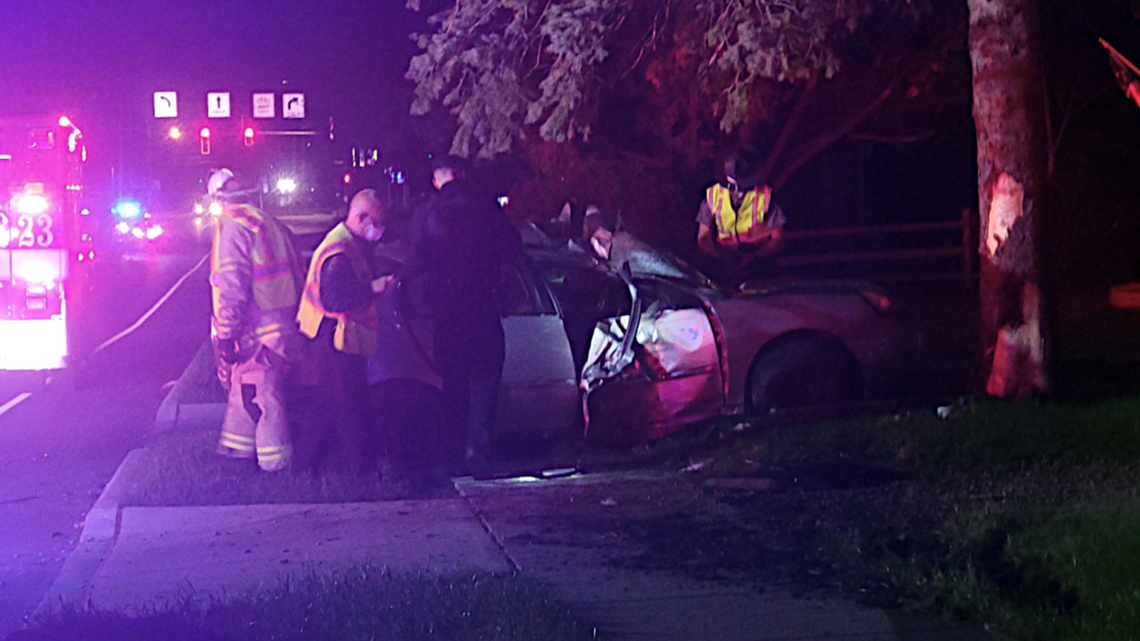 The driver fled a soldier near Douglas and Laskey Streets and, according to OSHP, collided almost head-on with other vehicles before slamming into a tree.

TOLEDO, Ohio – Two men are in the hospital tonight recovering from a car accident after escaping a traffic obstruction in west Toledo.

Then the car sped down Douglas Road, drove recklessly, and hit cars almost head-on. The driver lost control and slid several hundred feet before jumping over the curb and slamming into a tree on the passenger side of the car on Douglas Road and Schroeder Street.

The driver and front passenger suffered non-life-threatening injuries in the accident. Both men were taken to Toledo Hospital.

According to Metzger, alcohol is believed to be a factor in the crash, as well as potentially other forms of impairment.

Officers were seen searching the car with flashlights inside and out, including under the hood. Metzger did not say what, if anything, was found in the vehicle.

The identity of the passenger and driver was not disclosed on site, but charges are being made.

Are they going to rebuild the George Floyd mural in Toledo?