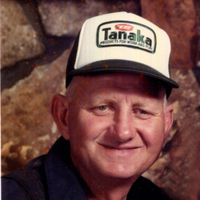 Clifford T. Withrow, 90, who lives in Cleveland, Tennessee, died in a Chattanooga hospital on February 12, 2021.

He had lived in the Cleveland area all his life. He was a Baptist and a freelance carpenter. He was an avid hunter; He never met a stranger and loved everyone.

A celebration of his life will be held on Tuesday, February 16, in the funeral home chapel and crematorium of Ralph Buckner, led by Jay Goins. The funeral will take place in Lee Cemetery in White Oak with Adam Withrow, James Withrow, Calvin Withrow, Daniel Beaty, Steven Withrow and Jay Collins as pallbearers. A white dove release ceremony and the playing of the bagpipes will conclude the service.

A private tour takes place before the service at the funeral home.

You can watch the service live stream on the Ralph Buckner Funeral Home and Crematory Facebook page.

We invite you to send a message of condolences and read the Withrow family’s guest book at www.ralphbuckner.com.