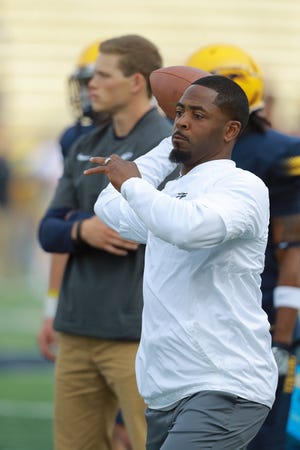 UW announced the hiring of cornerbacks coach Hank Poteat, who was an assistant at Chryst in Pittsburgh in 2013 and ’14 and has coached cornerbacks in Kentucky, Kent State and Toledo.

Poteat’s hiring means Chryst has no plans to hire a dedicated quarterbacks coach. It remains unclear whether Chryst will be working with the quarterbacks in 2021. UW lost quarterbacks coach Jon Budmayr, who was recently appointed offensive coordinator in the US state of Colorado.

“I look forward to working with Hank again,” said Chryst in UW’s announcement. “He’s a great person and a great coach. I’m really excited to see our players get the chance to be coached by Hank because I think he is a great teacher and will really bond with our guys. “

Poteat played cornerback and returned to Pittsburgh in 1996-99. As a junior and senior, he received the First Team All-Big East award at Cornerback. He left Pittsburgh holding the school records for kick return yards in one season (764 in 1998) and overall (2010).

Poteat helped Toledo win the MAC title in its first season in 2017. That year, the Rockets ranked 22nd nationally in Pass Efficiency Defense. Under Poteat’s guidance, Samuel Womack was fourth in passes in 2019 as a junior (15).

“I’ve heard so many good things about coach Leonhard von Jungs, whom we both crossed with in the NFL,” Poteat said in a press release. “We both have similar backgrounds because we’ve been in the league for a long time and have played for several teams throughout our careers.

“More importantly, we have similar backgrounds and ideas to coaching young men. That’s another thing that really attracted me to the job.”

Take pleasure in Toledo with our Summer season Bucket Record