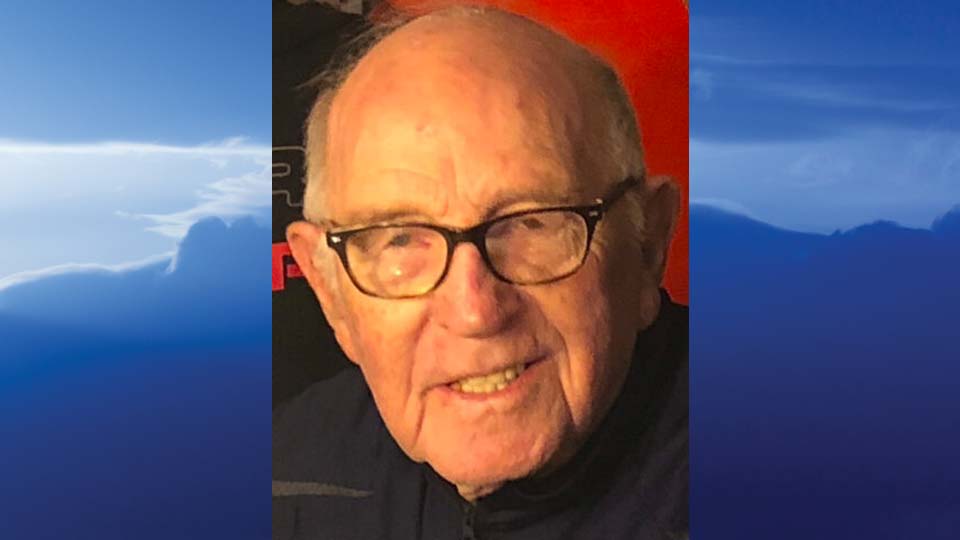 Scotty was born on December 5, 1925 in Stirling, Scotland, to the late John and Bridget Brown Wynne. His family emigrated to America in 1928 and settled in Youngstown.

He served in the United States Navy during World War II and then returned to graduate from Youngstown College. He later married Caryl Schwab in 1962 and they enjoyed 51 years of marriage. Avid soccer fans, they traveled to both Ann Arbor, Michigan and Columbus to watch the rivalry. Go blue!

Scotty worked at the Chrysler Stamping Plant in Twinsburg for over 30 years.

He was a longtime member of St. Christine Church, served on the council, and participated in many leagues. Every Thursday evening there was either bowling or golf; and during the spring, Scotty was known for saying, “It never rains on the golf course.” In his retirement he enjoyed golf trips and weekend card games with Caryl and her close friends. Scotty and Caryl’s real joy was spending time with their daughters and families.

Scotty will be remembered for his ability to connect with others. He had an uncanny ability to memorize people’s names, faces, and detailed stories and anecdotes from classmates, coworkers, and all Youngstown. He lived here most of his life and always seemed to know someone who knew someone.

In addition to his parents and his wife, his in-laws Winfred and Martha Schwab preceded him in death; his brother and sister-in-law Edward “Scotty” and Jane Wynne; and his sister-in-law Phyllis Grisa (ed.).

Scotty wasn’t big on parting, so in his own words: “So long and you’re careful.”

His Christian funeral will be celebrated on Tuesday, September 7, 2021 at 10:00 a.m. in the Roman Catholic Church of St. Christine. The consultation hour takes place one hour before the fair.

In lieu of flowers, donations can be made to St. Vincent de Paul or a charity of your choice on Scotty’s behalf.

To plant a tree in memory of William “Scotty” Wynne, please visit our Flower shop.

U Toledo Workshop for Younger Filmmakers