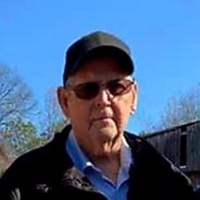 Noah H. Green, 83, of Cleveland and former Greasy Creek Ward, passed away peacefully on January 15, 2021 at his daughter’s residence surrounded by his loving family. Noah, affectionately known as “Boss Man,” was a lifelong member of the Fairview Baptist Church, where he served faithfully as a deacon for over 55 years. After 37 years of dedicated and faithful service, he retired from the US Forest Service. After retiring, he worked in the sawmill and sheriff’s department of Polk County until 2017. While working for the sheriff’s department, he befriended many inmates who served in the labor service and continued friendships after their release due to his non-judgmental and loving personality.

The family would like to Dr. Tran and the Adoration Hospice staff Stacy, Brandy and Gail express their sincere appreciation.

Notes of sympathy can be shared with the family at www.HigginsFuneral.com.

The arrangements were entrusted to Higgins Funeral Home of Benton.