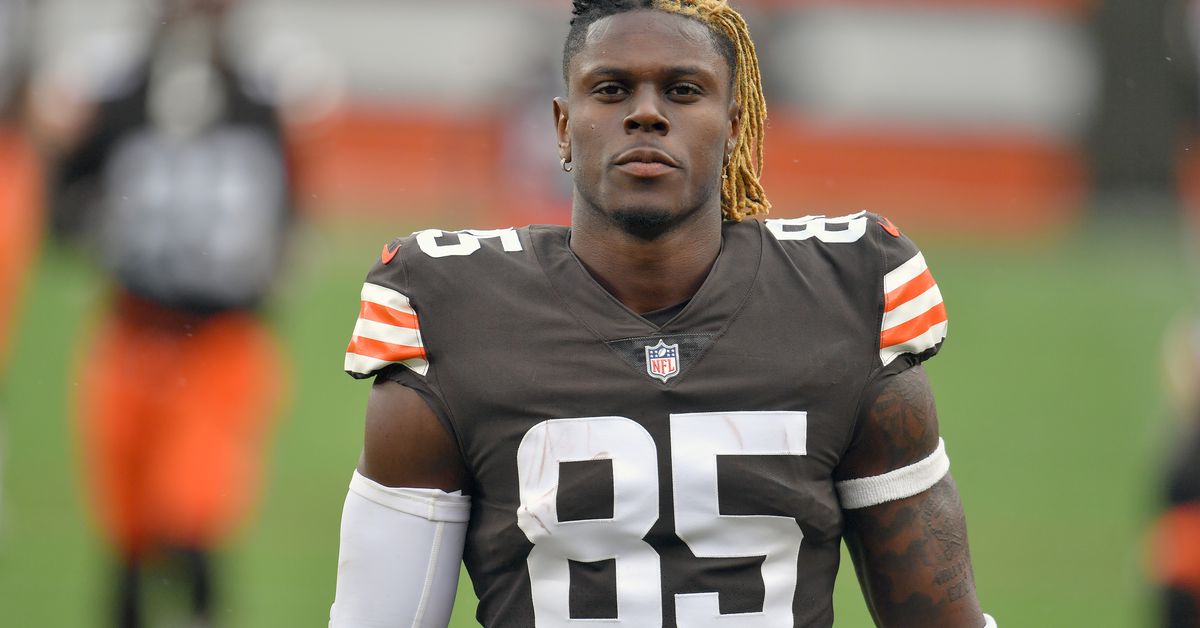 The 2020 season has been a strange one for Cleveland Browns close end David Njoku.

The team signed Austin Hooper in the free agency in March and chose Harrison Bryant in the fourth round of 2020 NFL draft in April and then picked up Njoku’s option for the fifth year two days later.

This prompted Njoku, more precisely his new agent Drew Rosenhaus, to demand a deal in July. Cleveland general manager Andrew Berry wisely ignored Rosenhaus, and head coach Kevin Stefanski eventually got a chance to speak to Njoku and explain the benefits of a close friendly game to him.

While Njoku didn’t come up with big numbers himself – just 19 receptions for 213 yards and two touchdowns – Njoku, Hooper, and Bryant had a solid season as a group, combining 89 receptions, 886 yards, and nine touchdowns.

Although his goals were down, he made a solid contribution as a blocker and took advantage of his opportunities, particularly in the playoffs when he had five receptions for 66 yards in two games.

The fact that the Browns won helped resolve some potential issues, but now that the off-season has come, Njoku is wondering what’s next when he enters the final year of his deal with the Browns, like he admitted during an appearance on the Browns Jim Rome Show on Friday (Quotes from the Beacon Journal):

“That’s a good question. I won’t answer that now. I have no comment on this right now. I’ll just enjoy my family, my friends, my loved ones. I have a few projects in the near future so I’m just focusing on.” the moment and let everything take care of itself in the near future.

“I was confused because of the Browns [exercised] my option for the fifth year and they have all of these other tight ends. At the same time I heard [coach] Kevin Stefanski’s offense is very narrow in the end. So I was optimistic about everything. I was excited to get back to work. With a few complications that obviously come up here and there throughout the season, it put me in a difficult position where all I had to do was lower my head and work. “

The situation with Njoku will be observed in the coming months. While he probably didn’t enjoy being the second or third option among the tight ends, at the start of the season he seemed to accept being part of a winning team.

Of course, for a player entering his contract year, having another season with just 19 receptions isn’t very attractive. So one should be amazed if the trade rumors or trade requirements re-emerge towards Draft Day.

The Browns don’t have to make a move, however, and the idea of ​​getting as many players back on the offensive as possible after spending a year on Stefanski’s offense should be high on the off-season checklist.