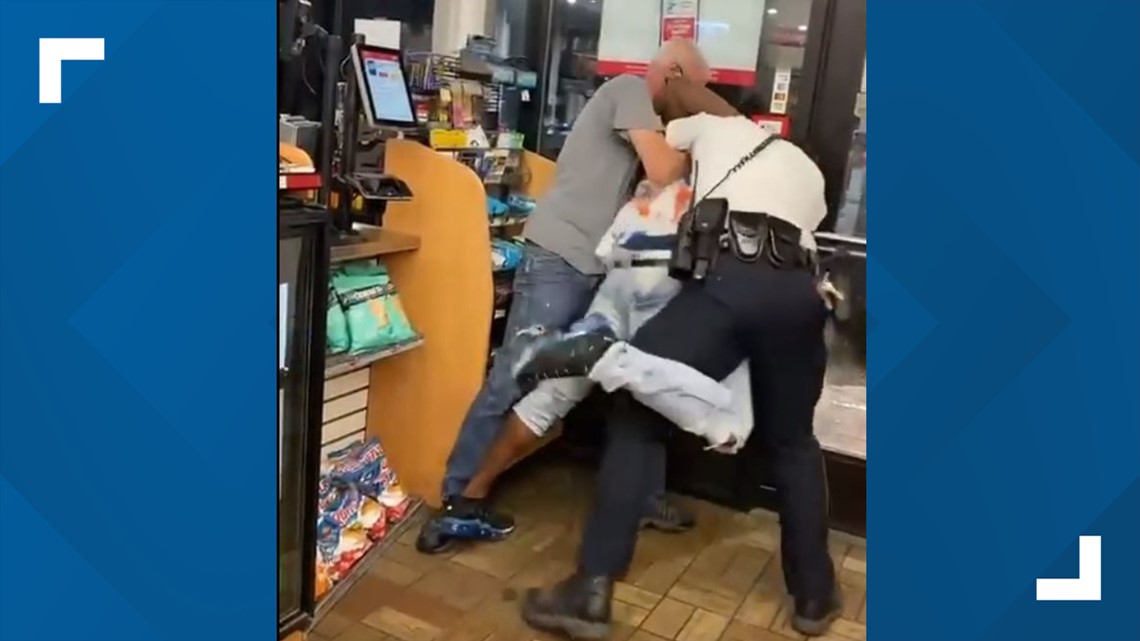 A video showed the arrest of a man who broke up overnight at a gas station on South High Street.

The one-minute and thirty-second video shared on Instagram on Friday shows the arrest of a man at a Speedway gas station on 1165 South High Street.

“A 1:30 video doesn’t show what really happened,” said Bryant. “There’s more to it than what happened in the video.”

According to the police chief, the man was disruptive to the employee. The seller asked him to leave the store.

When the man refused to leave, the clerk asked the police for help.

A special duty officer asked the man to leave, which led to an argument between the two.

The video shows a police officer who wrestles and pushes the man into the gas station. The man yells, “Get off me. Get off me.”

The officer is then shown handcuffing the man, but the suspect continued to resist arrest.

The police believe that the man was arrested with clubs. He is charged on a charge of trespassing and double assault.

“I stand behind my officers when they do the right thing,” she said.

In the video, a woman was seen opening the front door, beating the clerk and officer, and telling them to “let go of him.”

According to police, investigators are trying to identify the woman.

Worthington library employees might be first to unionize in Columbus space