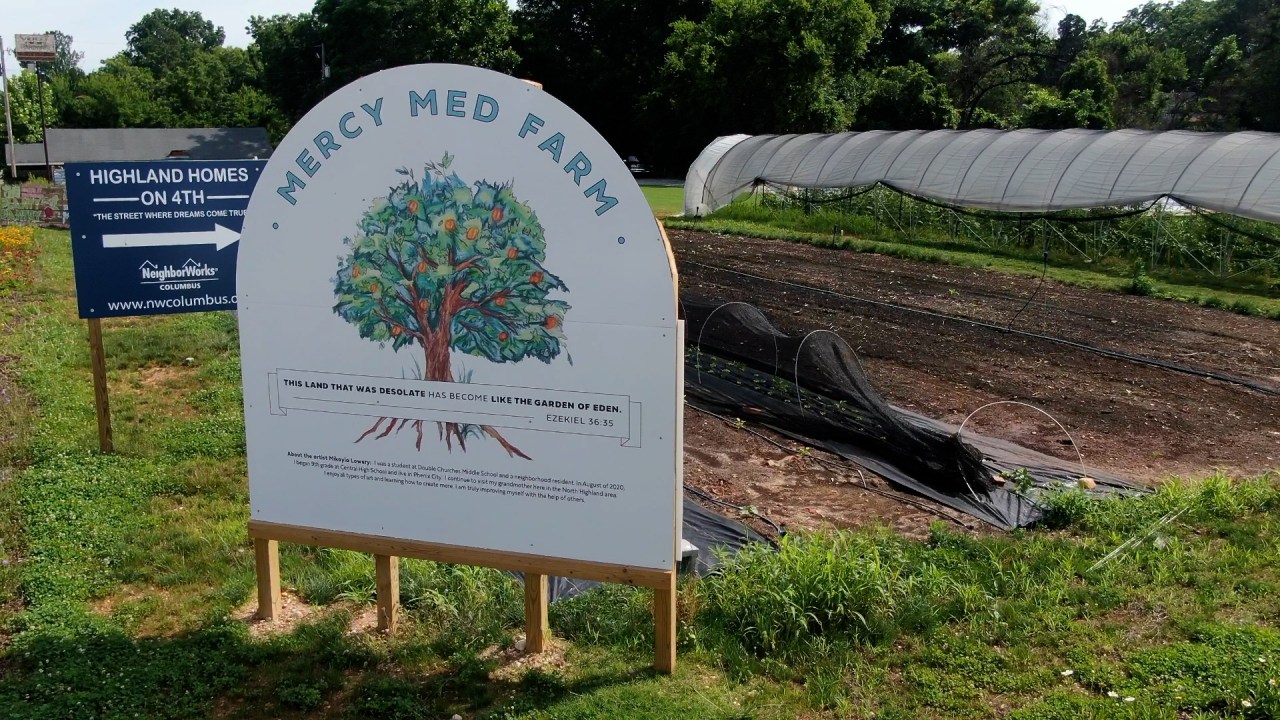 COLUMBUS, Georgia (WRBL) – From health care to harvest, a local Columbus nonprofit health clinic looks forward to celebrating the fruits and vegetables of their labor a year later.

It is the garden that always gives further than MercyMed of Columbus celebrates the first anniversary of the new and expanded MercyMed farm on September 21, 2021, after the first seed was sown the same day a year ago.

A year later the field is full and fresh. Dr. MercyMed’s Grant Scarborough says this is all part of the clinic’s mission to connect healthcare with healthy living.

Big ideas often have small beginnings and that is certainly the case here. MercyMed began its endeavors by establishing a small farm behind the clinic, which has now been expanded to just over an acre of land.

The new and expanded farm is on the corner of 2nd Avenue and 38th Street in Columbus, and as farmer Keith Sims shares, it is all thanks to the generosity of a local philanthropist who saw the vision early on.

“To see that there was nothing on this land, until now plants, grass growing everywhere, flowers blooming, and from here it only gets better,” said Sims.

Sims says knowing your farmer’s name is just as important as knowing your doctor’s name because he believes the two go hand in hand. Dr. Scarborough agrees.

“I hate taking medication, let’s face it, I’d rather prescribe you 30 tomatoes a week than have to give you a pill every day to lower your blood pressure. If we look back 100 years ago, we didn’t have many of these medical problems because of our diet and the fact that we had to walk everywhere. Scarborough.

And while the farm isn’t a panacea, the MercyMed team believe it’s a step in the right direction.

“This farm won’t feed all of Columbus, and not even the entire North Highlands, but it can inspire anyone to grow their own food,” said Sims.

And while the first year of the expanded farm was beyond the effort, the MercyMed team has no plans to let up anytime soon.

“The bottom line is not necessarily how many tomatoes we distribute, but whether we make people healthier? And that’s what inspires me when I look ahead with this aspect of the future, ”said Dr. Scarborough.

Sims hopes the farms will continue to be a place of beauty, but he also hopes the space will be safe for everyone in the community as he looks to the future.

“Picnics, volleyball games, kids feel invited and safe, in a beautiful garden, in the middle of a community they grew up in,” said Sims.

In the future, Dr. Scarborough and the team at MercyMed, in the near future, will continue to connect the dots between health care and healthy living by offering recipes and culinary classes.

To support MercyMed’s farm efforts, you are invited to purchase products from the farm on certain Fridays throughout the year for Court stand Friday.