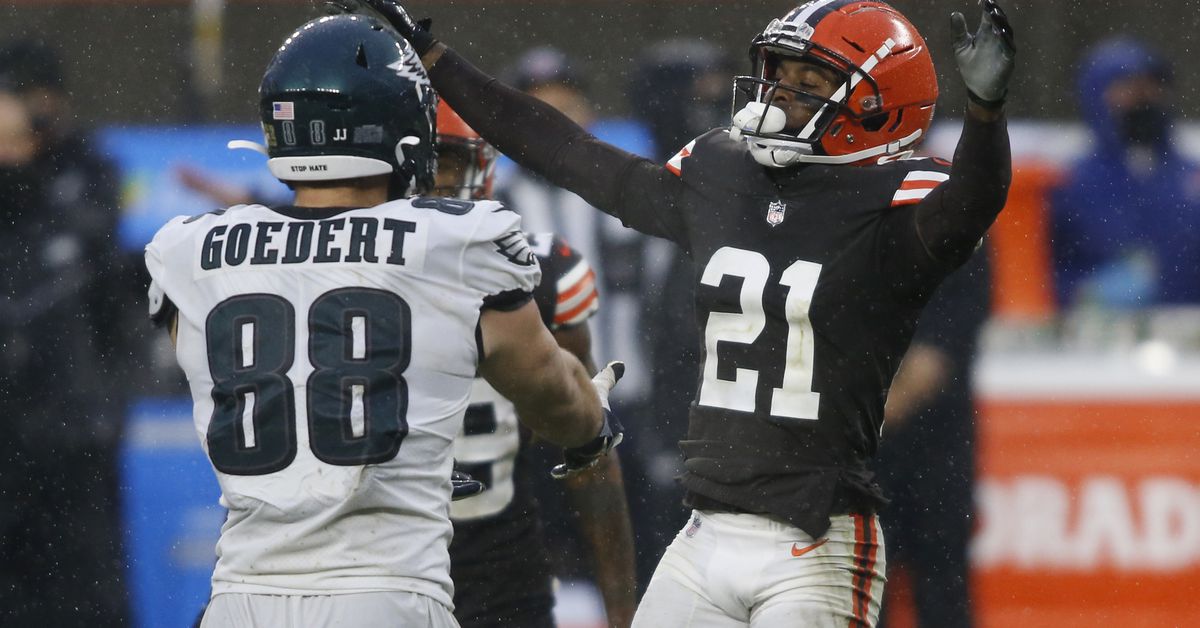 The Cleveland Browns got some good news on Wednesday as the club activated cornerbacks Denzel Ward and Kevin Johnson from the Reserve / COVID-19 list.

Ward and Johnson both missed the last two games when the Browns beat them Pittsburgh Steelers in the season finale and then again in the wild card round of the playoffs.

We did the following squad moves:

Ward and Johnson’s return comes at an opportune time as the Browns begin preparations for Sunday’s Divisional Round playoff game against the United States Kansas City Chiefs, who were the top ranked offense in the league in the regular season.

The defense has done everything they can for the past two weeks, but against the chief quarterback Patrick Mahomes, who threw 4,740 yards, 38 touchdowns and only six interceptions, that is a big difference from the defense of Ben Roethlisberger and Mason Rudolph from Pittsburgh.

In addition to Ward and Johnson, the Browns also welcomed offensive coach Bill Callahan, who had missed the last two games dealing with COVID-19. Wide Receivers coach Chad O’Shea returned Monday, and head coach Kevin Stefanski is expected to return to the Browns in person on Thursday. according to Mary Kay Cabot at cleveland.com.

It is important to remember that just because players have been activated does not automatically mean that they are 100 percent back, Stefanski stressed on Wednesday. according to cleveland.com::

“We have to monitor all the people who are removed from this list. So we’ll pay attention to what they look like. We’re going to talk to them, get feedback from them and then really work on it day in and day out and understand where each of these guys is. “

In other, more traditional injury news, Jack Conklin (thigh), linebackers BJ Goodson (shoulder) and David Njoku (thigh) failed to train on Wednesday and, according to Stefanski, they all stay day after day.

Playoffs? Cleveland Cavaliers come out of the break considering huge, however how seemingly is...