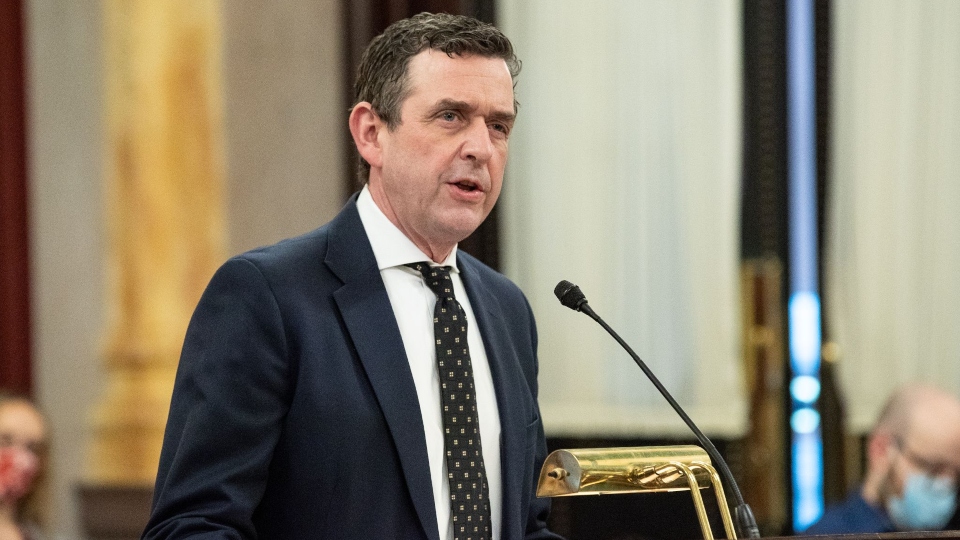 YOUNGSTOWN, Ohio (WKBN) – We heard a lot of what was said against the state takeover of Ohio school districts during Monday’s virtual town hall meeting.

However, it was the first time we heard how passionate Republican Senator Mike Rulli is about getting rid of him House bill 70, the law that created the Academic Distress Commissions.

The town hall virtual meeting on the possibility of the 70 House Bill repealed included a crushing indictment of law from Mahoning State Senator Mike Rulli.

Rulli, who was previously a member of the Leetonia School Board, then criticized Youngstown Schools CEO Justin Jennings, whose hiring was made possible by HB 70.

“House Bill 70 – a terrible law,” said Rulli. “You see the desperation CEO Jennings showed in Youngstown’s schools last year. It was terrible. No broadband. Half of the children have never signed up for the virtual classrooms. We lost a generation to 70 House Bill. “

Rulli said he was focusing on North Ridgeville Senator Nathan Manning’s legislation that would put in place a plan to bring the Lorain schools back under local control. Youngstown and East Cleveland are not yet part of the bill

“We’ll fix that. We’re going to get Youngstown, Lorain and East Cleveland out of this academic hardship, ”said Rulli.

Rulli also talked about what happens when HB 70 is gone. Rulli says that solving the major academic problems facing Youngstown Schools cannot be left to the school board alone.

In response to Senator Rulli’s criticism of the Youngstown Schools, the school system issued this response. “

Senator Rulli has twice canceled meetings in the past few weeks that were agreed between him and Mr Jennings. I don’t know what “desperation” he was talking about last year. We had a small number of scholars, maybe 8%, who did not register. It’s certainly not half. At the beginning of the school year, each family was given either a hotspot or an internet connection at home. It’s free for them. So I’m not sure what the senator is referring to. We also provided a device for each student, either a Chromebook or an iPad. It’s also worth noting that our graduation rate under a CEO has increased significantly.