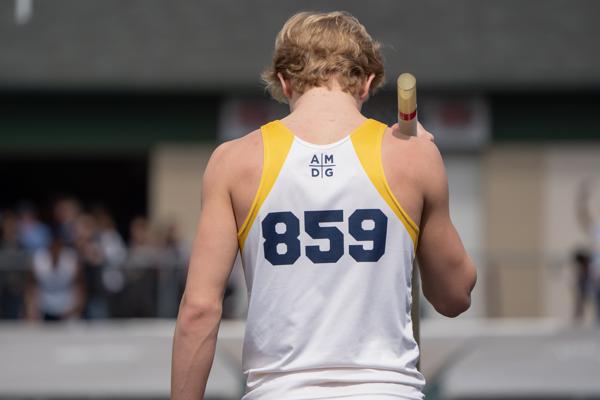 The first meeting of the Saint Ignatius sprint and field event teams was held on Saturday, February 13th at Youngstown State University. The sprinters are mostly younger runners this year, as there were only two seniors at the start this weekend.

In the 60-meter run, senior Eric Shyne and sophomore Nick Hille almost finished neck to neck, although they were in different runs with 7.54 and 7.63 respectively. Out of ten runs and 62 athletes, Eric finished 28th and Nick 29th.

In the 400-meter run, Senior Jack McCarthy set a glowing personal best of 50.95 for second place in the final. This race puts McCarthy in 15th place in the state.

Nick Velotta finished 15th in the shot put with a personal best of 43 ‘4.5 “. A great litter after sitting lonely for three hours in Youngstown State. Velotta is the only senior for the cats this year.

Overall, a solid first indoor meeting for the sprint and field team. The team now has times to build on. Under the leadership of Coach Wolf and Coach Krainz, the boys will only gain more self-confidence and fall faster. We’ll see her next Saturday in Youngstown State for one final attempt to qualify for the State Championship meeting.

The Saturday night meeting at Youngstown State University was the first meeting of the year for the distance team, which only got six weeks of training and very limited pace. The times that passed on Saturday served as the starting points for the indoor and outdoor season, with about three months remaining until the end of the outdoor season. Because Youngstown State grouped sprints in the morning and distance in the afternoon, the men’s distance events were the final events of the night.

The 4×800 meter relay started very late at 5.30 p.m. Michael Mayer, Ben Showman, Peter Fitzpatrick and Joseph Maloney hosted this event in the hope of qualifying for the Spire Indoor State Championship in early March. The top 24 in each event qualified for the state, and the 24th time in Division 1 was 8:59 am. The 4×8 Cats smashed it and ran 8:25 as a team now up for ninth place in the state. Michael Mayer started with a brilliant 2: 05.8, Peter Fitzpatrick and Ben Showman followed with stable times of 2: 06.4 and 2: 08.7 respectively. Joseph Maloney then anchored himself for the Cats in a team best of 2: 04.5 and finished second in the race as a team and best of Ohio. Joseph’s splits of 64.0 and 60.5 had him as the only man on the team to split negatively. The 4×8 winner consisted of four Pennsylvania Sub-2:00 runners who worked together to score a US Number 1 in 7:50 for a 35-second victory.

Next came the 1600 meters for the Cats distance, and the Cats ran together in the second run. Aidan Monroe won the run in a personal best of 4: 34.43, currently 27th in the state. Aidan had a phenomenal finish: after leading the entire race, Aidan gave up the lead with 400 meters. With half a lap to the left of the 300 meter course, Aidan was 10 meters back in second place! Aidan came into play right away, taking up another corridor, and moving a distance of about five meters for the past 70 years. Connor McAndrew was seventh in the heat in 4: 41.07, a personal best! Sean Ward also ran a massive personal best in 4: 53.40 and Owen Rodstrom finished in 5: 24.11 (you guessed it, even a personal best)!

The Youngstown State Meet was a success for the Distance Cats. Runners of all levels and distances gave themselves time in May to look back and think, “Wow, I’ve been really slow.” The cats will be back in action next weekend at Youngstown State University.