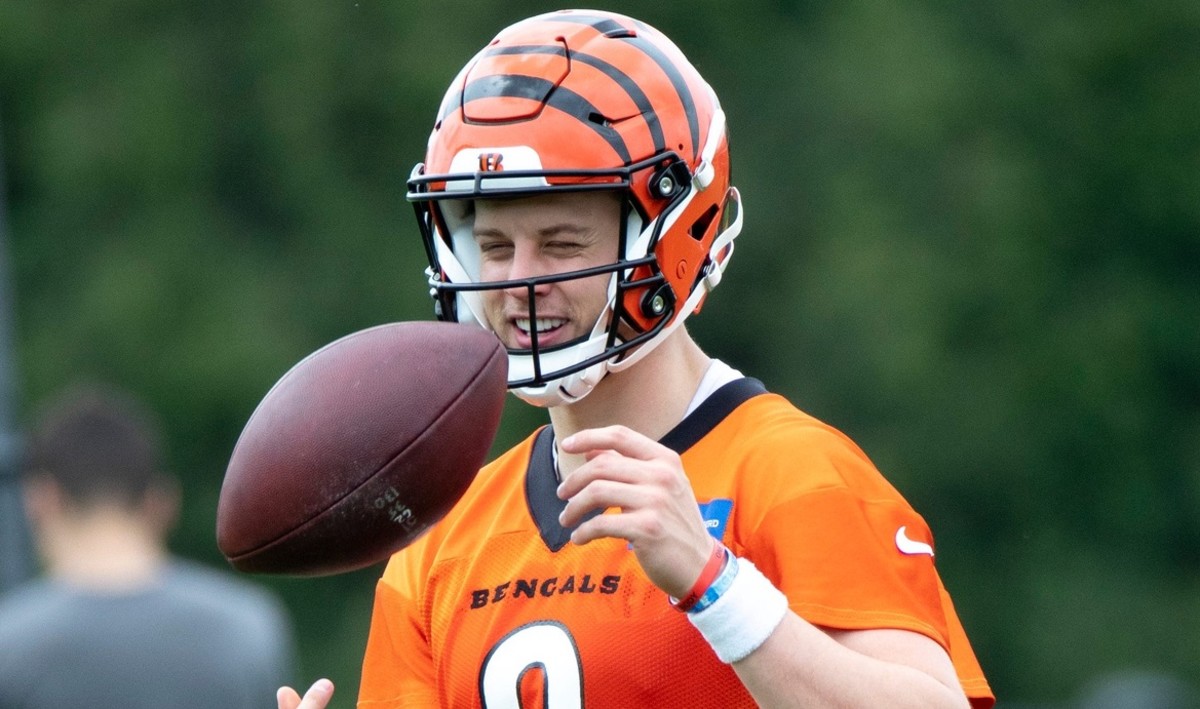 CINCINNATI – Bengals quarterback Joe Burrow stayed away from social media during training camp, but he broke his silence on Tuesday afternoon.

The 24-year-old posted a picture on Instagram with the caption: “Would I rather be feared or loved? Simple. Both. I want people to be scared of how much they love me. – Michael Scott – Joey B “

Burrow pays homage to Michael Scott, who was the main character on the hit television show “The Office”.

Scott was played by Steve Carrell. “The Office” is considered to be one of the best series of all time.

If Burrow was going to end his social media blackout, it had to be with a quote from Scott, right? Check out the scene Burrow was referring to below.

Make sure you Bookmark AllBengals for the latest training camp news, including exclusive interviews, highlights and much more!

The latest on Ja’Marr Chase and the Offensive Line

Joseph Ossai is expected to miss the whole season

An in-depth look at the Bengals’ wide receiver battle

AJ Green continues to impress at the Cardinals Training Camp

Injury Summary: The Latest on Joseph Ossai, Trayveon Williams, and Other Injuries

Joe Burrow gives details on rehab: “Every workout was life or death to me”

Bengal’s undrafted rookie Darius Hodge is ready for the moment

Check out the highlights from Tuesday’s training

Two Bengals make it into the NFL’s top 100 list

Bengalis fear Joseph Ossai may have broken his wrist

Evans and Patrick take the opportunity on their debut

Post-Game Observations: The Bengals beat Bucs 19-14 in the preseason opener

NFL Insider: The Bengals are set to become one of the most exciting teams in the NFL

Film Room: How Taylor & Pollack Can Use Wide Zone to Take Down Modern Defenses

Jessie Bates answers bluntly when asked about a new contract

Three Bengalis who showed their potential this week

Joe Burrow feels comfortable in his pocket after a slow start

Watch: Highlights from Burrow, the OL and Secondary

Elizabeth Blackburn: “We have high expectations” this season

Report: Jessie Bates and Bengals are nowhere near a long-term deal

Duke Tobin on Jackson Carman: “He has to get in top form”

Duke Tobin isn’t worried about Ja’Marr Chase, although it is said to be a slow start

Auden Tate has made an impressive start

Joe Burrow keeps expectations in check as the recovery progresses

Joe Mixon bullish on Bengals’ offense: “Everyone should be excited”

Watch: Highlights from Wednesday’s training include the battle in the trenches

Bengals legend: Joe Burrow is “better than I ever was”

Film Breakdown: Why Ja’Marr Chase Has a Chance to Be Special

Day 1: Three observations from the practice of the Bengal training camp

Mike Brown Bullish on O-Line: They Will “Surprise People”

A breakdown of the Bengals toughest games in the 2021 schedule

Three Down Look: Bengal’s defense under pressure to build pressure

Movie Summary: The Good, the Bad, and the Ugly for Left Tackle Jonah Williams

The good, the bad, and the ugly from Vonn Bell’s first season in Stripes

Film Breakdown: DJ Reader was supposed to be an impact player for the Bengals

Join the faces of Who Dey Nation for Thursday Night Football

Make sure it’s locked on AllBengals the whole time!