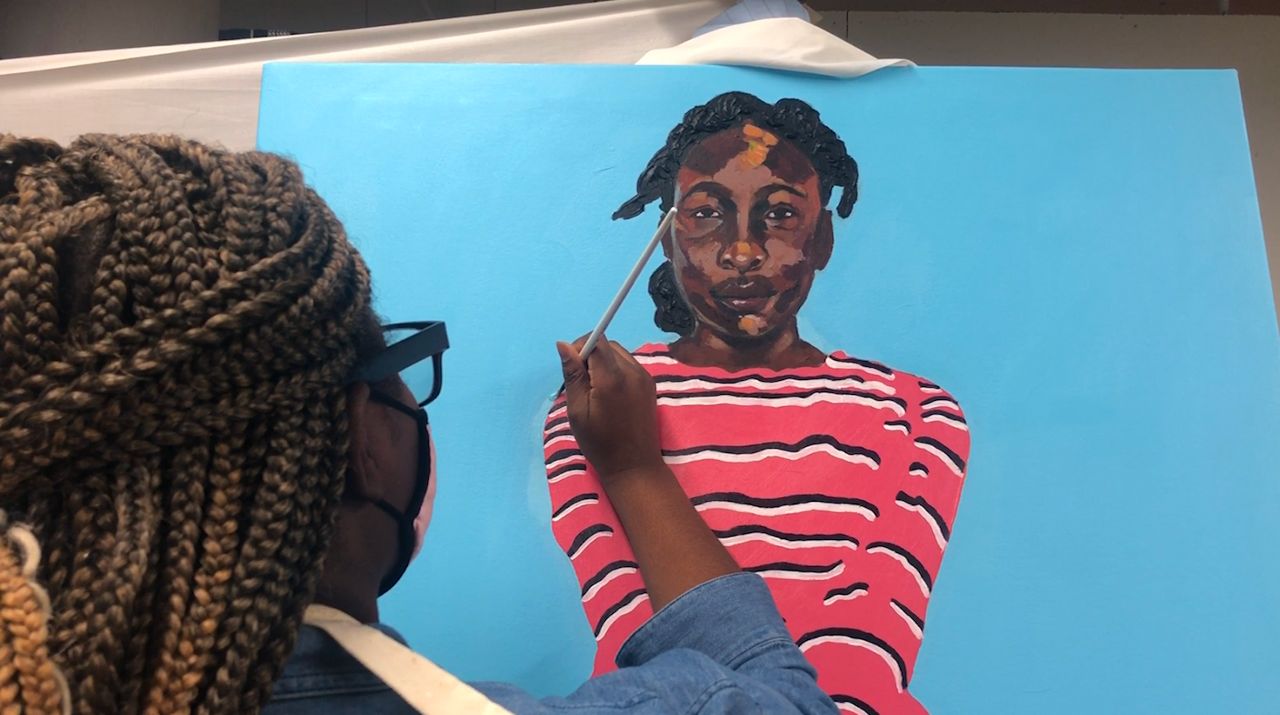 CINCINNATI, Ohio – For many artists, they create art to bring joy to other people. While this is true for senior art student Nytaya Babbitt, she also creates art when angry.

What you need to know

Nytatya Babbitt spends a lot of time in her art studio at the Cincinnati Art Academy. Put on her apron to protect her clothing from the medium she prefers to use to create her art.

“I can play around with it as many times as I want and then cover it up with more paint,” said Babbitt.

But for Babbitt, she doesn’t paint just to paint.

“I usually do art with a message because I’m angry at something I can’t control,” she said.

This anger inspired her current collection of paintings.

And each painting is based on a black woman whom Babbitt herself interviewed.

“I decided to create QR codes for everyone to scan and listen to their interviews while looking at their pictures, as the whole concept is that you are listening to these women as they tell their own picture instead of Represent it or tell it yourself, “she said.

The first three images of her collection were so well received that she took first place at the Emerging Artists Awards with SummerFair Cincinnati. Something Babbitt says confirms all of the time she spends here.

“Often times I’m just in this building working alone at night,” said Babbitt. “So it’s nice to see that all the work I’ve put in has been worth it.”

And even if she clears out her brushes for the evening and looks to her uncertain future, she is sure that she will be happy as long as she creates art with a purpose.

“If I keep doing what I do and make sure I get a message, I’ll be fine,” she said.

Cincinnati mayor visits Youngstown together with his plans for Ohio after asserting run for...