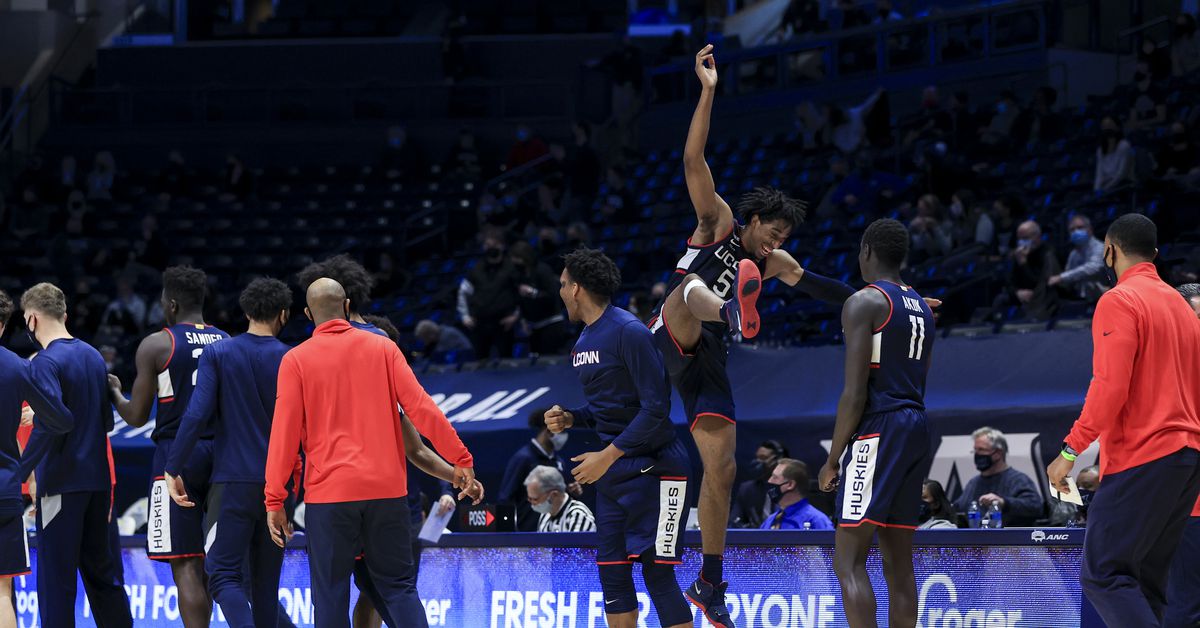 Despite a career day from Zach Freemantle, the UConn Huskies won with the Xavier Musketeers with a lead of 80-72 on Saturday afternoon at the Cintas Center.

Freemantle posted career highs in both points (30) and rebounds (15) as UConn didn’t seem to have an answer for the big man.

The good news for the Huskies is that they got past the Freemantle explosion and achieved their highest score since the 82nd hit against DePaul on December 30th.

Xavier came out scorching hot and rose 11-2 on the first media timeout as it seemed like another slow start for a UConn offense that has faltered since Jame Bouknight’s injury, but then RJ Cole and Akok Akok rolled over for the huskies. The pair scored 19 out of 38 points in UConn’s first half and helped the Huskies gain a 38:32 lead at break.

Xavier figured out how to stop Akok at break and kept him goalless in the second half. The problem became Cole, Tyrese Martin and Isaiah Whaley as the trio had at least ten points each in the last 20 minutes, combined 35 of UConn’s 42 in half and led the Huskies to their first conference win since Jan. 24.

Cole’s 24 points led the Huskies, but it was Whaley’s 12 points, 10 rebounds, and five blocks that really sealed the deal for UConn as Whaley continues to do a little bit of everything.

Aside from Freemantle, Nate Johnson’s 14 points stood out for Xavier.

UConn improves to 9-5 (6-5 in Great East play) in the season and will host Providence on Tuesday night, while Xavier drops to 11-3 (4-3 in the Big East game) and will travel to St. John’s on Tuesday.