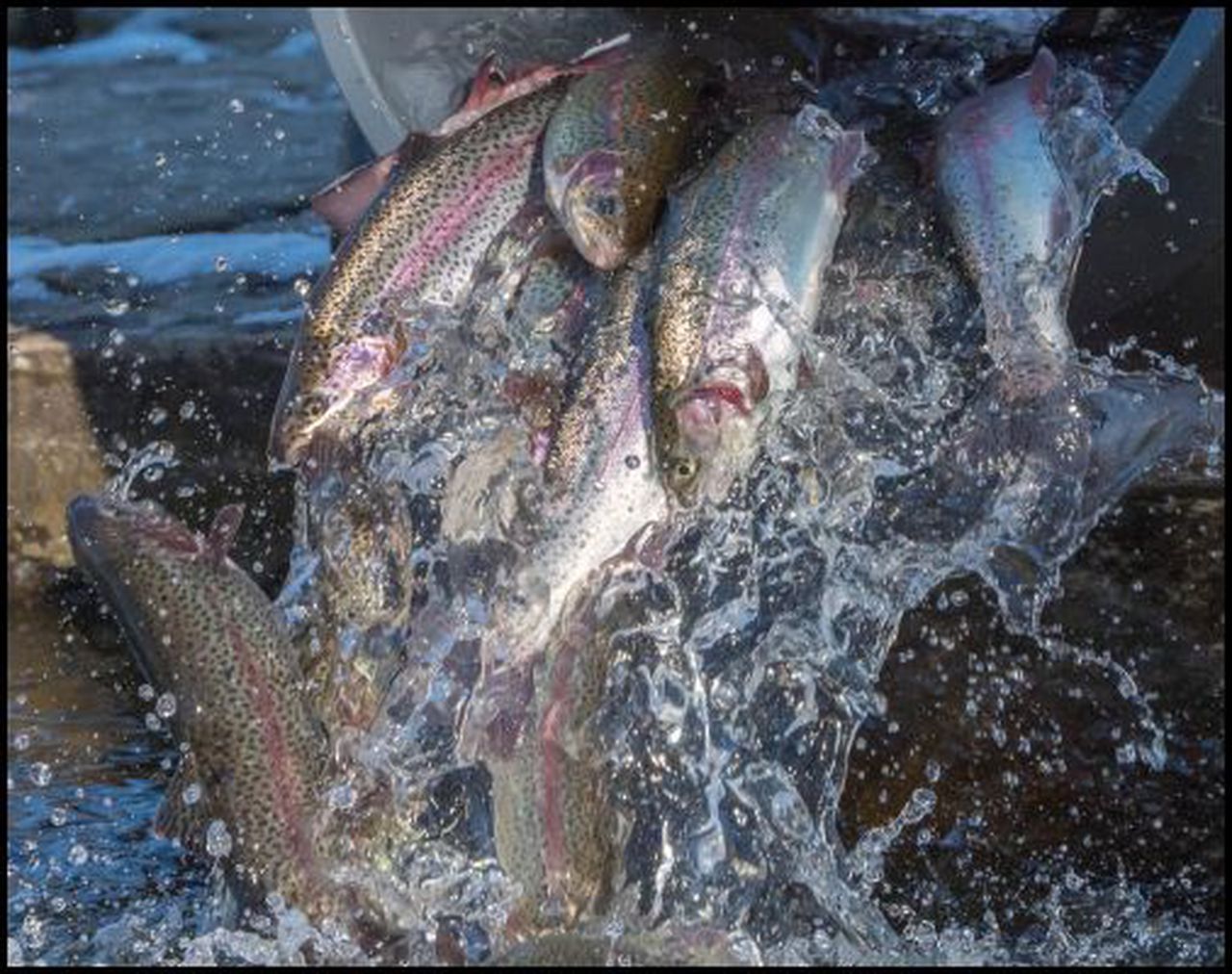 CLEVELAND, Ohio – The ice fishing season is lurking for anglers who have watched the ice cover on the small ponds and lakes in the Cleveland area. For some lakes, it has already arrived and fishermen will set off if they are extremely careful.

The ice cover in the smaller waters can be 2 or 3 inches thick, and according to the strict rules of ice fishing, it is not thick enough. A constant four inches of clear ice is the standard. When fishermen take a heavy spud bar and test the ice along the way and have a pair of ice axes around their necks to pull them out of the water and back onto the ice, that helps.

Spread out and do not gather in a good fishing spot. And it’s also best not to go alone. The buddy system works best.

Cleveland Metroparks crews completed a couple of weeks of trout stockings Wednesday and released more than 3,000 pounds of trout in Lakes Wallace, Shadow, Ledge, Judges and Ranger. As usual, Wallace Lake received the lion’s share of the trout. Wallace is the most productive lake in the park system and offers wonderful opportunities to fish from the shore and on the ice when the ice is safe.

The people watching the trout from the trout tank into the icy water were impressed with the size and healthy appearance of the rainbow trout. Some trophy fish have also been released, including brook, brown and golden trout.

The best choice for catching a few trout is by dipping a hook buried in a putty-like ball of Berkley PowerBait, or baiting a hook with maggots or wax worms.

Hang the bait under a very small float and adjust the depth frequently. Some anglers like tiny jigging spoons when the trout are active.

Steelhead trout started sailing the Northeast Ohio River many weeks ago, but some colorful newcomers are just about to show up. The steelhead trout, which have been spawning in the rivers for some time, have taken on the darker colors of the spawning trout and are much more shy.

With little rainfall recently, the rivers are low and the current is slow. The trout have gathered in the deeper holes and are now wary of large baits and flies. Many anglers throw a hook with a single rubber or plastic bead and simulate a salmon egg.

Fishermen can give the Cleveland Metroparks Fishing Fund a boost this winter with a donation. The fund is the main reason the various sport fishing programs release a lot of channel catfish in the park ponds.

Brian Tighe of the Cleveland Fishing Company, which makes many of the fishy-looking hats and shirts that anglers wear when casting along the rivers and streams, donates a percentage of sales to the Fishing Fund. That winter it was a whopping $ 3,000 to buy tons of catfish from farms.

The record breaking Walleye derby Blaster Fall Brawl had the largest attendance in 2020, and tournament director Frank Murphy shared $ 10,000 of the proceeds. He recently presented John J. McDaniel, head of the Wounded Warriors in Action group, with a check that veterans use to fish in various locations.

The donation for Blaster Fall Brawl was for the WWIA’s 10th Annual Trophy Walleye Fishing event for veterans, due to take place in Ashtabula later this year.

No. 9 Irish have loads of work and quick week for Toledo | Sports...