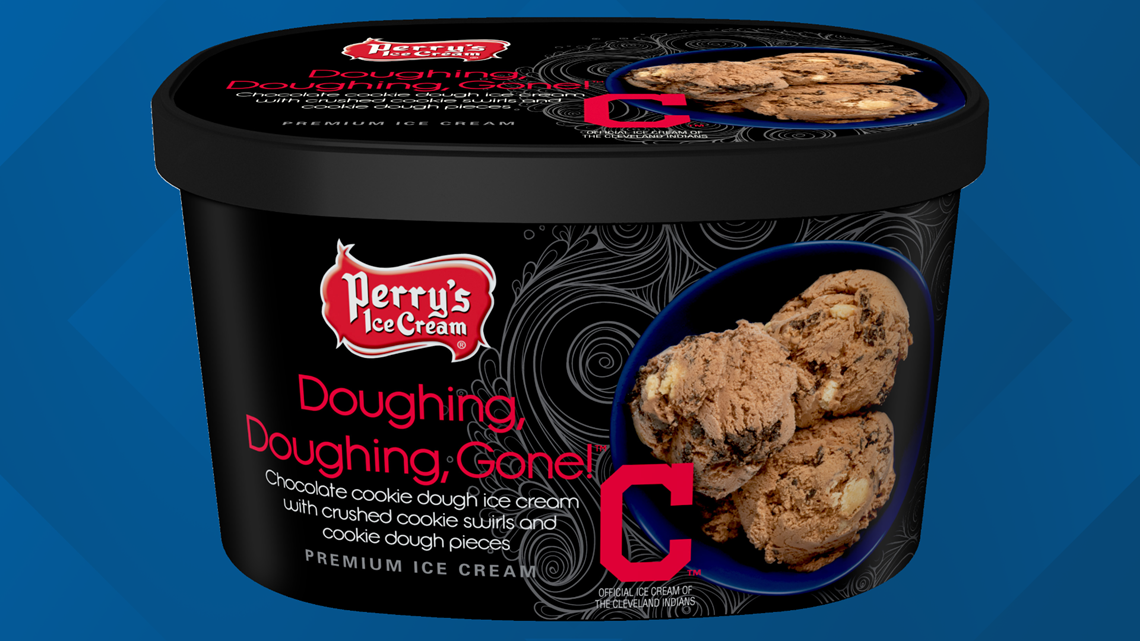 AKRON, NY – Perry’s Ice Cream, based in Akron, NY, is partnering with the Cleveland Indians to create a new flavor for ice cream.

The ice cream is called Doughing, Doughing, Gone! ™ and consists of chocolate chip ice cream with crushed biscuits and pieces of biscuit dough.

The box will contain a special letter to fans that will bring back memories of the team’s 455 consecutive sales and the longest winning streak in the American League.

“We are very excited to be joining the Big Leagues through this partnership with the Cleveland Indians. As Perry’s continues to expand our Ohio expansion, this is an exciting opportunity for us to bring Tribe fans their first signature ice cream flavor! “Said Robert Denning, President and CEO of Perry’s Ice Cream. “We are also pleased that some of the sales from Doughing, Doughing, Gone! ™ goes to benefit the Cleveland Indians charities. By purchasing, Cleveland fans can directly influence many valuable community programs, youth organizations, and nonprofits. “

The ice cream is sold in western New York, Ohio, and Pennsylvania. Five cents of every sale goes to the Cleveland Indian Charities.

Plea listening to delayed for Columbus man accused of stabbing spouse to loss of...