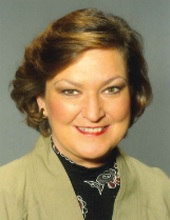 Teresa Lynn Cole, 62, of Cleveland, died on February 4, 2021. She was born on December 14, 1958 in Atlanta. Teresa moved to Cleveland from Birmingham in 2006. She was a cheerleader for the Atlanta Falcons and remained an avid Falcons fan. She raised four daughters and was a devoted wife and mother.

Teresa precedes the death of her mother, Billie Baker; her husband Philip Cole; and a daughter, Stephanie Farmer.

At this point there will be no public services.

Companion Funeral Home and the Cody Family are honored to assist the Cole Family with these arrangements.

Prime summer time weekend occasions in and round Toledo Ohio

Report: Man tells Youngstown police he doesn’t have gun — however clank offers him...