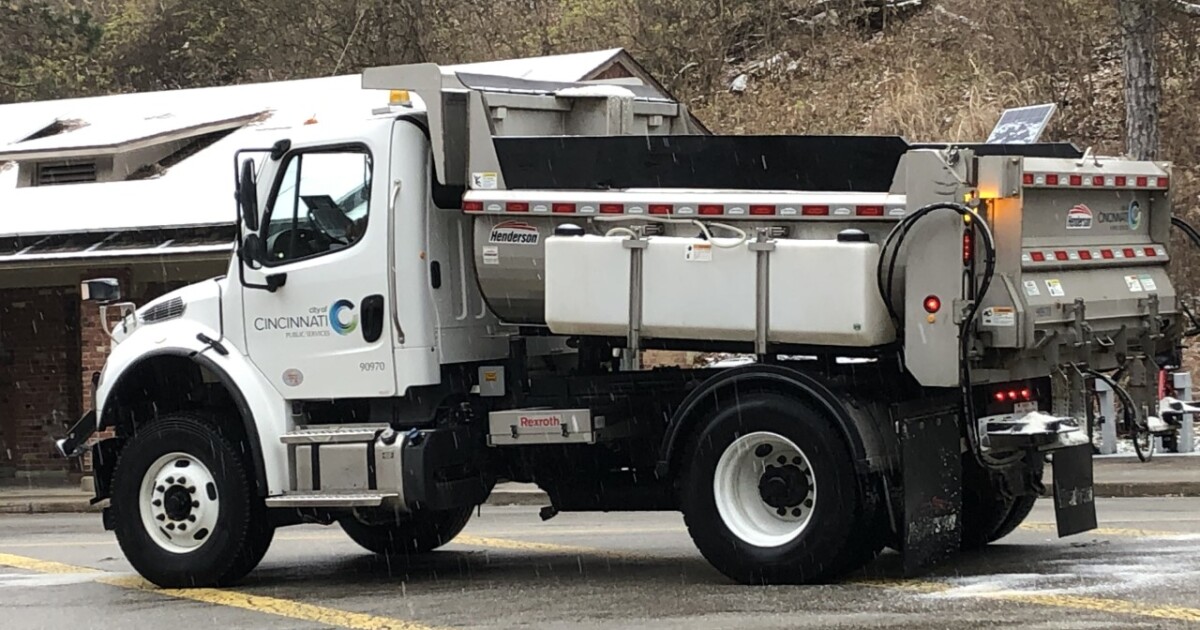 CINCINNATI – The city’s snow removal teams battled snowfalls Tuesday morning they hadn’t seen in about a decade and, to add to the challenge, with staff weakened by the ongoing coronavirus pandemic.

The Department of Public Services had 55 snow truck drivers out and about at any one time, treating the streets of the city as heavy and rapid snowfall hitting the region around midnight. That’s eight more than the division during the snow event last month. At the time, the city was being heavily criticized on social media by local residents who were frustrated that their streets had not been cleared by noon.

Jarred Bolden, the superintendent of the Department of Transportation and Road Operations, praised the crews’ response Tuesday morning and acknowledged the restrictions COVID-19 has placed on his team.

“They did an excellent job of what they could,” he said. “I think a lot of forecasters have predicted 2 to 4 inches, and as we all know we are way over 4 inches, so they did everything they could to keep up as well as possible given the conditions.”

Sotiris Pagdadis, a Hyde Park resident, said that on Tuesday morning, “a couple of times” city trucks passed his street.

“The trucks have come, they are doing a great job,” he said. “You just have to avoid them somehow.”

Others, like Stacey Obermeyer, said she found her Tuesday morning drive through Camp Washington on her way to Covington a mess.

“It was horrible,” she told WCPO. “There were probably at least 6 to 8 cars that broke or broke on the side of the road.”

Bolden said he expected his crews to continue their 12-hour shift for the next few days, as more snow and freezing rain remained in the Wednesday evening forecast through early Thursday morning.

Board units new date for full-time instruction for Cleveland County