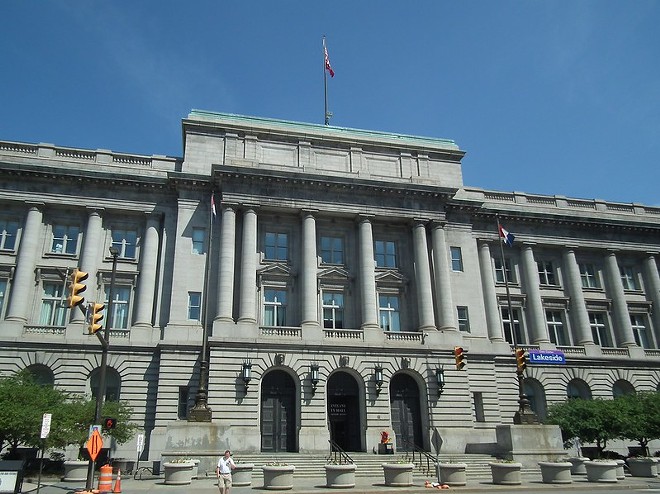 Clevelanders are voting in the city council and mayor primaries today. (If you haven’t voted yet, do so!)

These results, and those of the November general election, will determine the city’s fate for the foreseeable future, with a new mayor for the first time in 16 years and several new councilors in key districts.

What kinds of policy changes can Clevelanders expect as leadership changes?

One of these could be participatory budgeting, a non-conventional budgetary practice that requires a significant contribution from residents. Several councilors have promoted this approach, and mayoral candidates Ross Bibello and Justin Bibb have received support from Cleveland’s grassroots organization to push for a move towards participatory budgeting.

Others, however, including the current incumbent, have argued that the city has long had participatory practices in deciding how to spend its dollars. In fact, much of the funding provided by the federal government through block grants for community development includes requirements such as community meetings to determine the best use of the funds.

Proponents do not mean that when they advocate participatory budgeting on a broad front, but the public’s chances of being heard increase. The American Recovery and Reinvestment Act dollars coming into the city from the federal government require residents’ participation to determine best use of the money, and new council practices that allow public comment during meetings are giving residents hypothetically, the opportunity to express their opinion on how the city’s budget is spent. These are still baby steps.

What exactly do mayor and council candidates mean when they talk about a move to a PB approach? Much broader, resident-led control of the city budget that goes beyond just a few programs or initiatives.

In cities around the world, participatory budgeting goes way beyond a few meetings with post-it notes and stickers. Once passed by the legislature (in this case, Cleveland City Council), a PB approach would require a significant contribution from residents to pass every budget – including the annual budget. In the PB model, the budget season does not begin and end. It’s constant. But how exactly does it work?

It starts with a series of rules and regulations that are often included in city legislation. These rules set out the precise conditions under which a budget can be passed, as well as the roles and responsibilities of residents and councilors in determining how money is spent. These regulations usually involve the formation of community groups who can meet regularly to discuss and set the city’s priorities and build consensus on the greatest needs and how the budget is used to address them. The rules would also outline how these teams are formed, how the meetings are conducted, the length and frequency of meetings, and how the wider public is involved. They also set the limits of budgetary control by the council and determine how / when the council can make autonomous decisions without the direct supervision of residents.

Once these rules are in place, they must be properly implemented and fully supported by the city government. This may include setting up specific rooms for residents’ meetings, posting a call to interested residents to participate, and even setting up a website for residents to guide the process. Successful implementation also requires the support of city administrations, who must be willing to deviate from their old model of inadequate reporting or fail to produce performance metrics and easily accessible budgets. Local teams need better access to budget documents and internal reports that justify spending and show direct results of those spending. Undoubtedly, this would be a difficult transition for administrators in a city like Cleveland, where this type of data is never freely shared, and is rarely even provided with a request for information.

In some cases, the rules set may even allow residents to require city departments to create their budgets from zero rather than carry over their line item amount from last year. For example, instead of just submitting the line item amount from the previous year plus a percentage, a police department may need to come up with a budget proposal that justifies all expenses. Resident teams would then have the opportunity to look at the department’s proposal and decide whether each point is justified and whether the spending meets the needs of the city. More civil servants may not be needed, according to the residents team, but more public relations training could be important. It would be up to the residents to make these decisions, and the departments would need to be flexible and nimble enough to make these changes, if they want any money at all.

What are the councilors and the budget department doing during this time? Well, that depends on the rules they made. Council members often support the resident teams with information and data on the budget and even attend meetings to bring their perspective and knowledge to the table. The municipal budget departments and the mayor’s office usually provide technical and administrative support to the groups of residents and act as a link between the individual departments and the teams. Council members and administrators can also intervene if there is no consensus within a team and fear that the budget will not be approved in time. They can also be given the final say on budget allocation and some greater powers to remove certain issues of discussion, such as the complete dissolution of the police force, from the table of budget negotiations, appropriately.

How successful is PB in other cities? It’s going damn well, to be honest. Several cities, including Baltimore, attribute their post-recession recovery to an expansive PB approach. Others have noted an increase in community involvement and support for city government, as well as better interaction between residents and the city, since the introduction of participatory budgeting practices.

However, tensions can also arise in a PB model, especially if the rules of the approach or implementation do not directly address the imbalance between information and knowledge. Residents may propose ideas that are simply not feasible or impossible due to the city’s limited insights, which then forces the city to pass a budget that residents have not agreed or discussed. In other cases, elite residents could monopolize the process and keep many key voices out, pushing the city to pass a budget that doesn’t match the real needs of residents and the priorities that many administrators might be working towards. In other cases, technical knowledge, such as the cost of a functioning program, may not be passed on to residents, leading them to inadvertently terminate important programs because of budget cuts that essentially cause programs to fail.

Overall, as with many community practices, effective application of the PB approach requires careful attention to key elements of the program and ongoing maintenance. While Cleveland is currently allowing, and sometimes requiring, resident input for various endeavors, it has not taken a comprehensive approach to institutionalizing resident engagement and oversight. The legislature’s spending practices are not monitored by the residents and the priorities of the administrative budget are not determined by the residents. A PB shift, if properly planned and executed, could give Clevelanders real control over the city’s goals and visions, and make residents the ones who really make the city run.

Ideas To Have a Secure Summer time In Cleveland | Well being