CINCINNATI – When Tammie Scott talks about wine, she lights up. She has a little twinkle in her eye, especially when she pours a bottle off her own shelf from a winemaker who looks like her.

She opened her Bar Nostalgia in late summer 2020 in Cincinnati’s Over-the-Rhine neighborhood and in the months since then has turned it into a place where locals can find live music, 1950s atmosphere, and wine you can’t find in a typical shop.

What you need to know

The Streatery project is intended to have a lasting effect beyond the pandemic.

In February Scott celebrated his six month company anniversary. It marks a milestone in their years of efforts to bring the bar to life.

At first glance, a small bar with live performers might look like people were looking in 2020, but Scott said that despite delays in the pandemic, they found room to ensure their business could thrive.

“We were supposed to open in March 2020 and then everything really happened,” she said. “While the circumstances weren’t ideal, the silver lining for us is to take our time and open up when it feels best.”

Scott was nowhere near the only business owner who came to this conclusion. The Economic Innovation Group’s Policy Innovation Tank shows that new business applications were indeed on the rise in 2020.

In Ohio alone, the number of likely business applications from employers increased 29%.

In Scott’s case, the pandemic would not prevent her passion project from becoming a reality.

After living in Washington DC for a while, Scott wanted to bring back to Cincinnati the intimate jazz clubs found there. The wine was just a personal touch.

“It’s really my affinity for wine,” she said. “I’m a big wine drinker and I just had a growing interest in the process and history of winemaking.”

Scott’s research has shown that wine making is still dominated by white men, but that is changing.

“We are really careful to showcase women and / or minority vintners,” she said.

That means looking beyond the usual offers and finding suppliers who are willing to support the growing field of black and brown winemakers.

Scott said she was fortunate that the business model had resonated with so many people and that nostalgia had many early successes.

“People of all races – it was great to have so many different types of people come here so often,” she said.

On many weekends, the lounge fills up quickly and social distancing guidelines make the process even faster.

“It never hurts to have more seats,” she said.

Cincinnati plans to help with a new outdoor dining initiative. Nostalgie is one of 40 companies in the city center and across the Rhine that have so far joined the Streatery project. 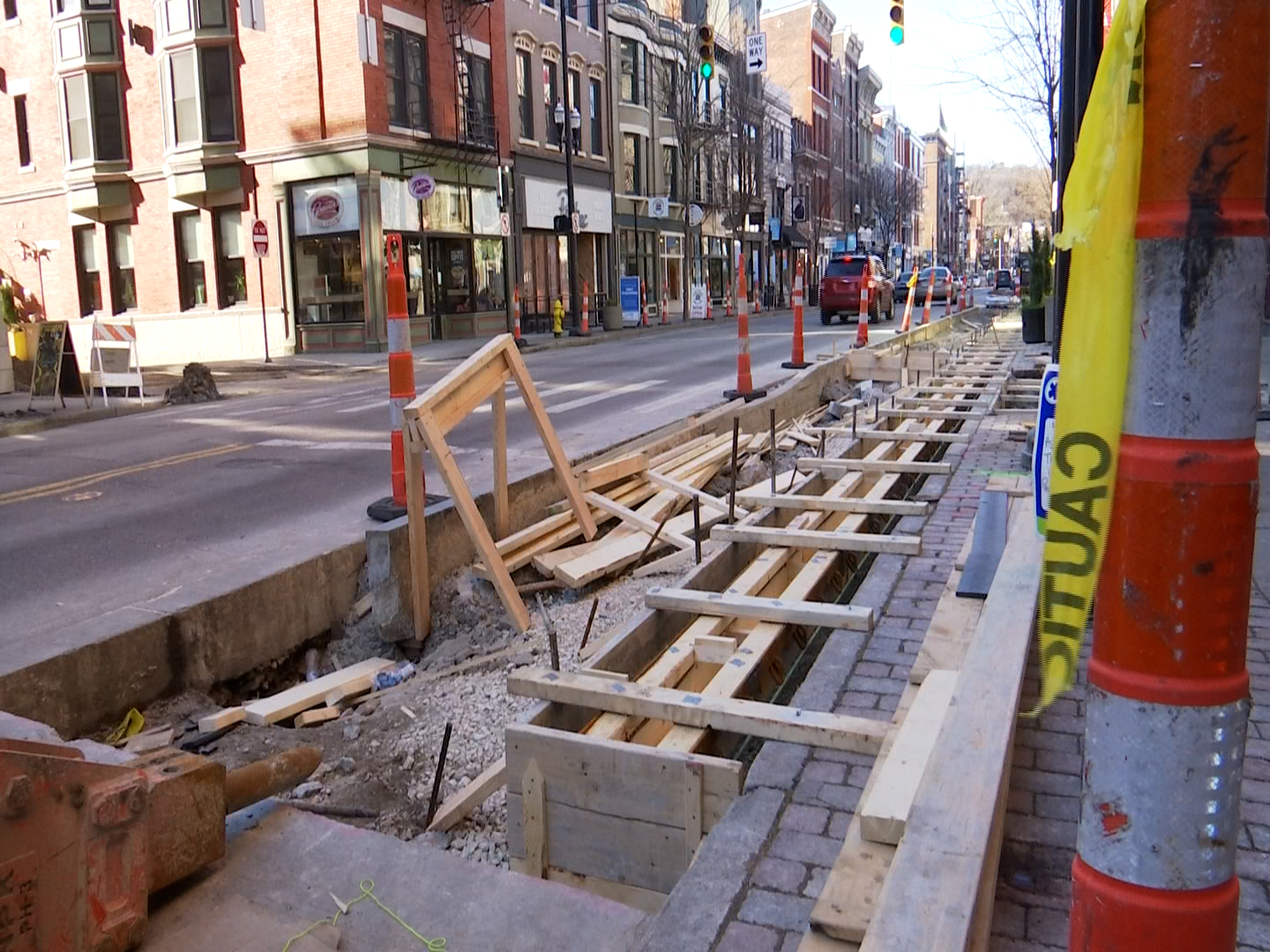 The city and 3CDC are investing $ 2.2 million to install permanent parklets for outdoor dining.

It’s similar to many of these summer restaurants, but Scott said the extra space can still be used after the pandemic ends, making their street a more social and engaging place to be.

“They worked on it for a while and it’s great to see how it comes out,” she said.

Construction began in February and the city plans to open the buildings by the end of March.

As Scott looks forward to her additional seat, she said she was grateful for the experience she had so far in her first few months in business.

“All we know is really this COVID world we live in right now,” she said. “We’re just very optimistic about how that looks for the entire industry.”

When the restaurant opens in the spring, the first full outdoor dining season for nostalgia begins.