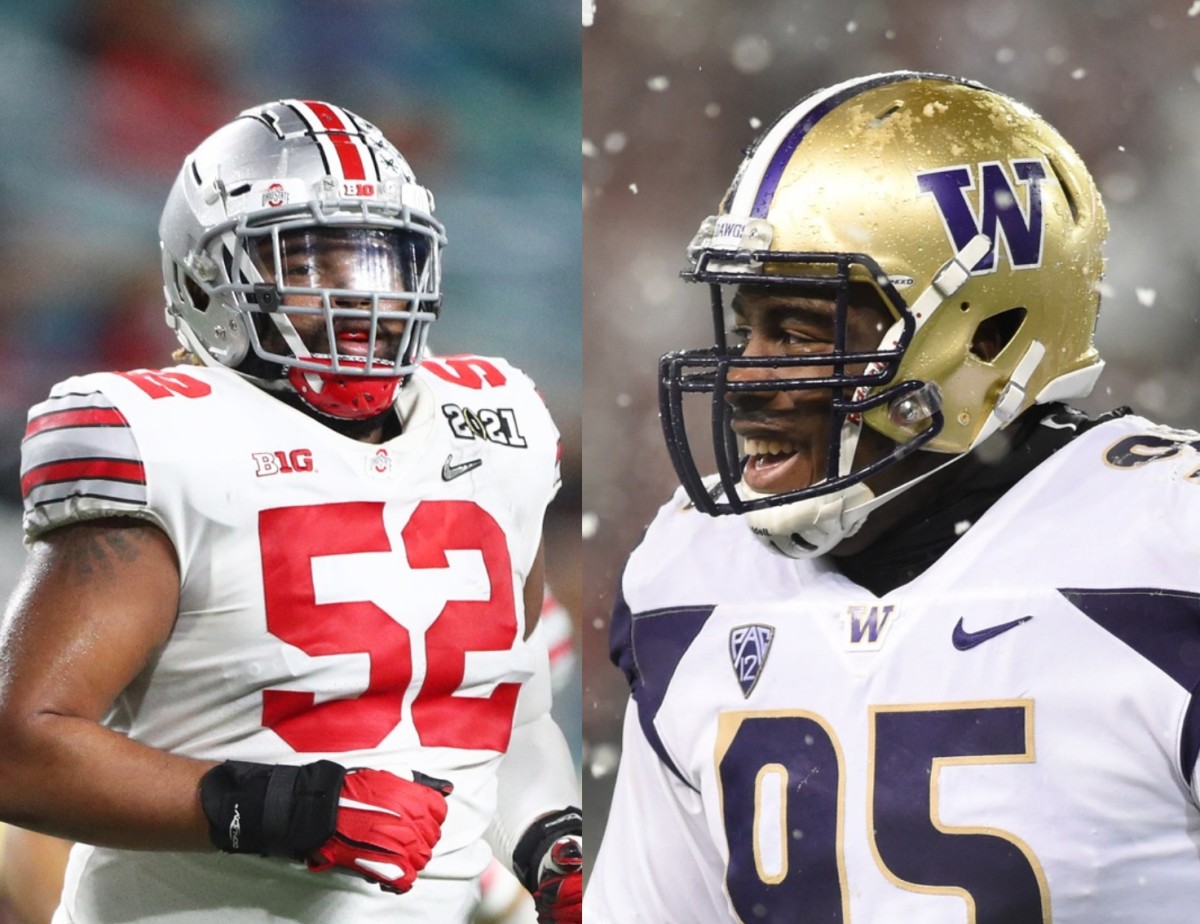 CINCINNATI – The Bengals have many needs this off-season. Your offensive and defensive lines desperately need an infusion of talent. You also need to find a way to get more playmakers around star quarterback Joe Burrow.

First, they take Kyle Pitts from Florida with the fifth overall selection. Penei Sewell and Ja’Marr Chase will be made with the second and third selections respectively.

Rather than face Northwestern versus Rashawn Slater or Alabama wide receiver DeVonta Smith, the Bengals offer the best prospect of a close finish we’ve seen in years.

They address the trenches in the second round by taking on Washington Onwuzurike of Washington in the 38th selection.

He didn’t play in 2020 after signing up for the NFL Draft in September, but he’s working in Mobile for NFL teams at the Senior Bowl this week. He had a hip flexor problem during Tuesday’s workout, but showed his potential before injuring himself according to design expert Matt Miller.

Onwuzurike had 95 tackles (16 for loss) and seven sacks in 34 college games. He would give the Bengals a young defensive device to pair with DJ Reader.

In the third round, the Bengals select Ohio State Guard Wyatt Davis. Slipping Davis into round three would be a bit of a surprise, but he sustained multiple injuries in 2020 that kept him from dominating like 2019.

Adding Davis to round three would be great for a team in need of security like the Bengals. It could be an instant upgrade to the inside of their offensive line.

Look at the design of the Bible entire sparkle design here.

College of Cincinnati Bearcats shocked as NCAA champions in 1961, 1962