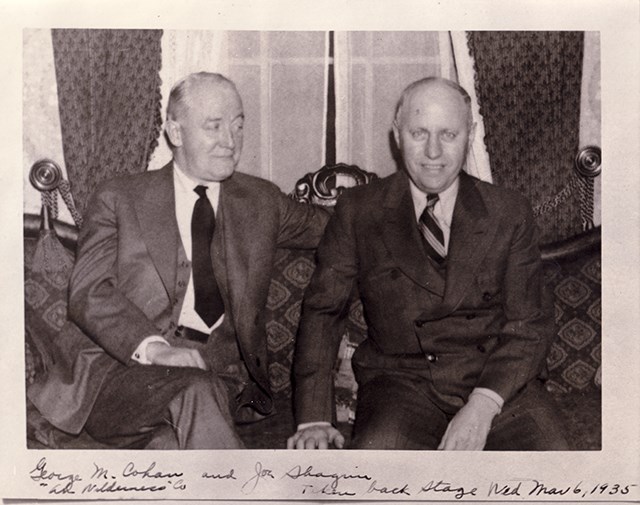 YOUNGSTOWN – A patriotic playwright and performer wrote many of the stomping greetings to Old Glory that you will hear in band pavilions and street corner parades this July 4th holiday.

And Youngstown’s stages were an integral part of his legend.

George M. Cohan claimed in his classic American tune “The Yankee Doodle Boy” that he was “born on July 4th” – but according to his birth certificate it was actually July 3rd.

In the early 1900s, Cohan was a co-owner and leaseholder of the former Park Theater along Champion Street and made Youngstown a regular stop when his show took to the streets, Steven Shagrin said.

“We were right in the heart of Chicago, Pittsburgh [and] Cleveland here. When people left, they stopped, ”Shagrin said. His family owned and ran the Youngstown theaters he fondly remembered from childhood – including the Foster Theater, who could soon see a revival.

Shagrin’s grandfather Joseph Shagrin Sr. also ran the park in the 1920s and was “lifelong friends” with Cohan. With the Foster’s resurrection, Shagrin said, he’ll now rummage through old family files and learn a lot more about the man.

Shagrin said his grandfather started out as an usher in the theater when he was 10. He had become the youngest theater director in the country, he said. Shagrin regularly visited the park in his teens and even learned to operate theater projectors, load and thread movies, and synchronize the reel at the right time.

Cohan, known as “the man who owned Broadway”, wrote classics like “Give My Regards to Broadway” and “You’re a Grand Old Flag”.

Cohan’s “Over There” became the anthem of the First World War. In 1940, President Franklin D. Roosevelt awarded Cohan the Congressional Gold Medal for his influence on the war effort.

At the time, to justify the award, a Massachusetts congressman named Cohan “a man who was responsible for recruiting thousands of American soldiers during World War I, a man who raised the morale of the American people, who brought the young through his patriotic songs Men to go to the recruiting office and join the colors. “

It is one of the musical numbers in the 1942 biographical film Yankee Doodle Dandy starring James Cagney as Cohan.

Cohan died the same year the film was released.

But his music will live on for generations. Shagrin said he remembered his father Joseph Jr. marching through their house with his children, flags in hand, singing Cohan’s timeless American tributes.

“He was proud that his father knew George M. He would sing ‘Over There’. We sang ‘Yankee Doodle Dandy’, ”Shagrin said.

“It reminds me of the love my father had for cinema and films and his eye for detail.”

TCM shows “Yankee Doodle Dandy” on Sunday at 8 pm The Robins Theater in Warren showed the musical on Saturday evening.