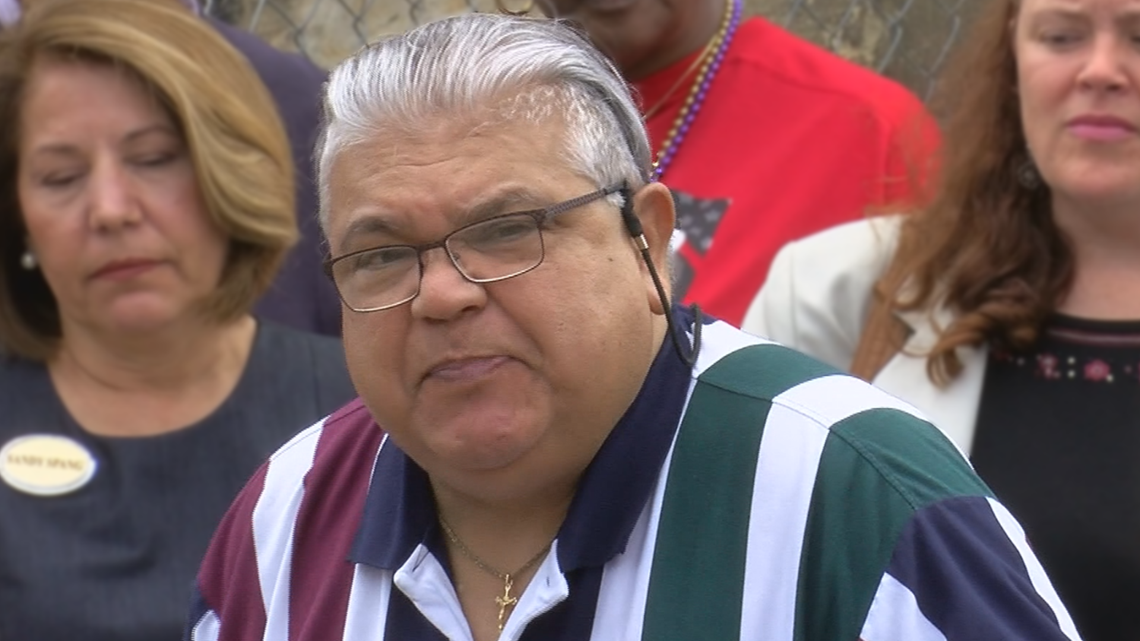 Louis Escobar was elected to Toledo City Council in 1997 and was the city’s first openly gay councilor. The Latino man served his community in a variety of ways.

TOLEDO, Ohio – Toledo honored a pioneer in the LGBTQ and Latino communities on Wednesday by renaming part of a downtown street on Wednesday.

Toledo voters elected Louis Escobar to Toledo City Council in 1997, and he paved the way for other gay and Latin American politicians as he was the first openly gay man and Latino to sit on the council. Escobar died on August 29, 2020.

Now the sidewalk next to Toledo’s Love Wall is a rainbow bridge in his honor and is named “Louis Escobar Way”.

Seaman, Escobar’s friend since high school, said it was an honor to see his friend’s recognition as Toledo heads into Pride weekend.

Escobar was a priest before he was called into the public service.

This resulted in his council career. He then worked for public housing and numerous service organizations.

His 32-year-old partner Kelly Altenberger said the painted street was the perfect reflection of Escobar’s lasting impact and reminded everyone of the real reason for Pride.

“It was more than a challenge once or twice, but if anyone was up to the challenge, it was Louis. When he decided to do something, one of the things he worked hardest was the hardest,” said Altenberger.

Where there was a challenge, Escobar would find a way. Well, there’s someone in the middle of town with his name on it.

“For those who know Louis, he really wanted his way. That is a very appropriate term,” said Altenberger.

TIED TOGETHER: Toledo Pride events go beyond the Live at the Park celebrations

TIED TOGETHER: The Toledo Pride weekend begins on Thursday with a multi-religious service

TIED TOGETHER: Coming out of quarantine: Toledo Pride ‘Live @ The Park’ for 2021

A Information to Columbus’ New Meals Halls and Markets

Do I would like a masks at Solheim Cup occasions Toledo?