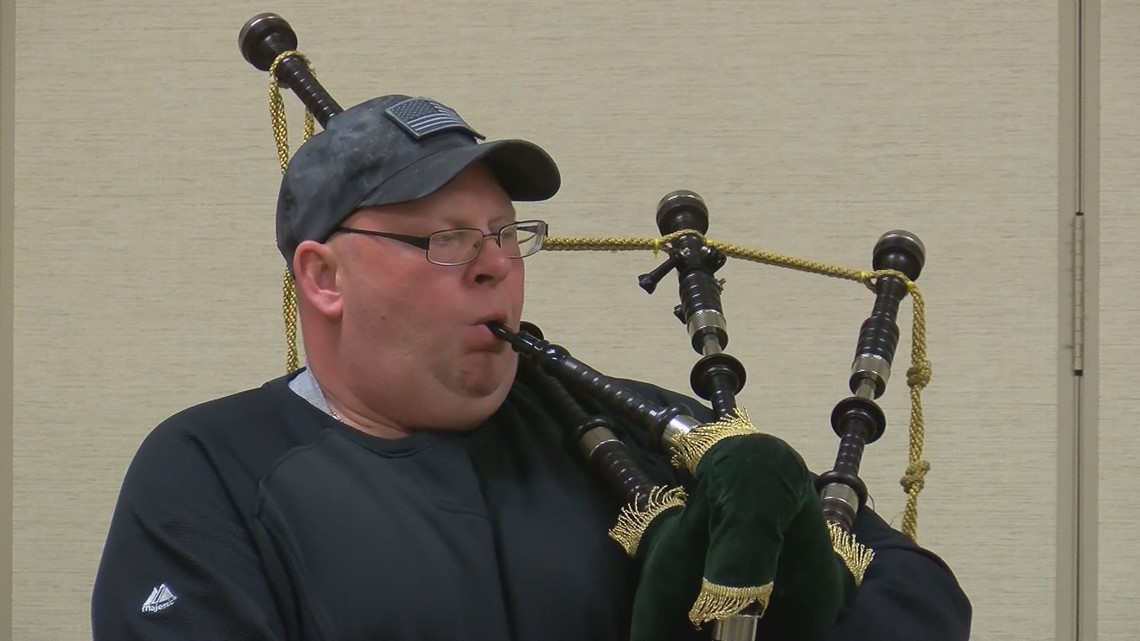 “They honor the fallen and send them on the right track and always keep them in mind,” said drum major Gerry Mazur.

TOLEDO, Ohio – At his funeral, a local pipe and drum band will help aid the fallen Toledo Police Ofc. Brandon Stalker the dispatch he deserves.

Playing the bagpipes is a long tradition that underscores the loss of police officers and firefighters on duty. It is a tradition that continues on Tuesday as ofc. Stalker is put to rest.

“We’re playing a tune for Ofc. Stalker leads him from the hearse to the grave,” Mazur explained. “Twenty-one gun salute and the prayers and everything you would do with it and typing. And then we play ‘Amazing Grace’ while they fold the American flag and that is presented to his widow.”

Mazur and his company travel far and wide for these ceremonies. But he said it doesn’t make a single one less emotional.

“When we buried Ofc. Dia on July 7th, we certainly didn’t think we would be in that position again, and here we are six months later,” he said. “The ironic part is that Tuesday is also the seven year anniversary for (fallen Toledo firefighters) Steve (Machinski) and Jamie (Dickman) of the firefighters when we both lost.”

The grief of an entire city seems to come to a head all at once. And a sense of responsibility for those bagpipers to honor a man of service.

“It’s going to be an emotional day, but that’s exactly what we’re doing,” said Mazur. “You honor the fallen and send them off the right path and always keep them in your memory.”