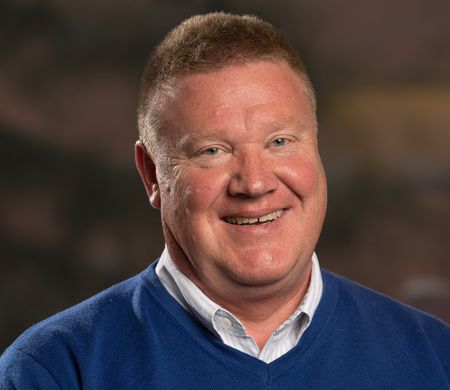 EDINBORO, Pennsylvania – As Cleveland music legend Michael Stanley died on March 5th At the age of 72, tributes from fans poured in on social media and several obituaries recalled that the Parma Heights native was as emblematic of Cleveland’s rich rock music history as the city’s majestic rock and roll Hall of Fame.

Yet with equal consistency, these obituaries established the delicate question that overshadowed Stanley for most of his adult life. Why could the guy who beat Pink Floyd, Bruce Springsteen and the Rolling Stones by breaking attendance records at the old Blossom Music Center never become more than a slip up on the national music scene?

Almost 13 years ago a colleague and I tried to answer this question in an article we wrote for the magazine Americana, published by the Institute for the Study of Popular Culture at americanpopularculture.com. Yes, the subject had apparently risen to the level of serious academic study!

Our conclusion was that Stanley’s passionate devotion to his beloved city and region, both in the lyrics of some of his most popular songs and in album titles such as “Heartland” and “Northcoast,” actually doomed his pursuit of national success. Keep in mind that the height of Stanley’s commercial success came in the late 1970s and early 1980s as the front man for the Michael Stanley Band. This was long before Cleveland’s urban renaissance had spawned impressive sports stadiums, thriving cultural and entertainment districts, and a redeveloped lake front that, ironically, includes a prestigious museum that archives Stanley’s own art.

Indeed, the Cleveland of that time embodied the oppressive darkness of what came to be known almost universally as the “rust belt,” much of Central America gutted by the loss of steel, rubber, and automobile plants. And national media coverage has made this negative image visible for all to see, read and hear.

A longtime Michael Stanley fan, Tony Peyronel is the Executive Director of Business Development at Edinboro University in Pennsylvania.

On the occasion of Cleveland’s bicentenary, then-Mayor Michael White perhaps best summed it up when he said how we quoted him in ours Article 2008: “When the Cuyahoga River caught fire on June 22, 1969, the national media had a field day. Late night comedians had new fodder for their routines and Cleveland became known as the “Mistake at the Lake”. Then, on December 15, 1978, we hit rock bottom. The city has defaulted on a small issue of banknotes, making us the first American city to default since the Great Depression. “

These issues certainly did not help the city’s image, nor did they spawn legions of fans outside of northeast Ohio who wanted to hear Cleveland music through Michael Stanley’s. And it wasn’t just the “rust belt” topic that found no response beyond the borders of Ohio.

Stanley often told the story of writing his perhaps signature song, “Lover,” while riding the Ohio Turnpike between Youngstown and Cleveland during a winter storm. In the song he sings about “snow as thick as thieves” and of course thanks “the man who brought the white lines onto the autobahn”. We sure know what he means, but are those who don’t live on the “north coast” really more associated with lake effect snow than with working class problems with shuttered steel mills or abandoned auto repair shops?

Stanley also often said that while he did not achieve everything he wanted in his musical career, he still experienced more than he would ever have thought in his life. Perhaps it is also time that those of us who have tried to solve the eternal mystery of why Cleveland’s King of Rock and Roll failed to achieve royal status in other parts of the country move on. Instead, let’s celebrate his life by enjoying the 50 years of great music he has made for generations of regional fans.

Former journalist and longtime Michael Stanley fan, Tony Peyronel has taught at Edinboro University in Pennsylvania for nearly 30 years and is currently the executive director of the University for Entrepreneurial Development.

* * Send a letter to the editor, which will be taken into account for the printed publication.

* Email general questions, comments, or corrections to this opinion piece to Elizabeth Sullivan, Director of Opinion at [email protected].