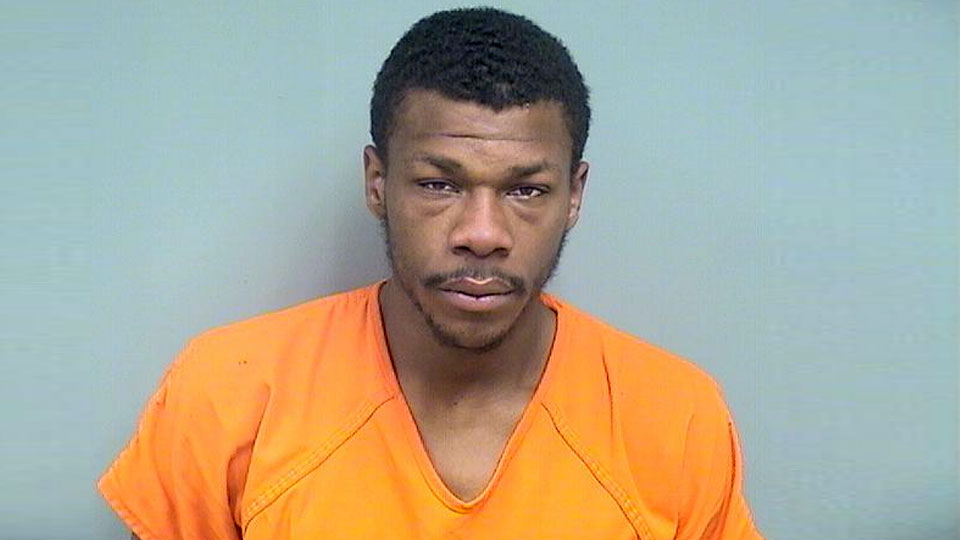 YOUNGSTOWN, Ohio (WKBN) – Officials reportedly found a loaded gun on a man early Monday who initially denied it but gave himself away after waving his arms and making a metallic noise.

Jayshawn Sutton, 22, of Hillman Street, is being held in Mahoning County Jail on charges of being a criminal who owns a firearm, carries a hidden weapon, and sells a firearm within the city limits. He is expected to be indicted in a local court on Wednesday.

Officers were called to the 270 block on Griselda Avenue at around 5:10 a.m. Monday after a gunshot sensor detected that a round had been fired. While the officers were out, they were told that several more shots had been fired, reports say.

Police found a man and a woman walking from Griselda Avenue to another street, with the woman leaving the man. Police stopped the man, later identified as Sutton, who immediately turned his body away from an officer as if protecting something from him, reports say.

An officer reportedly asked Sutton if he had a gun and he said no, but he threw his arms in the air and when he did so the officer could hear a clink, reports say. Sutton was reportedly asked again and admitted to having a gun.

After Sutton was handcuffed, police found a loaded 22-caliber pistol in his pockets and a box of 22-caliber ammunition, reports say.