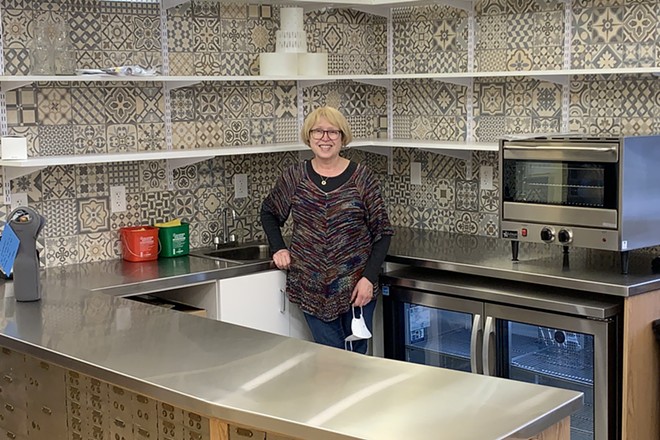 Update: Back in December, we gave readers a glimpse of Marchant Manor Cheese, which is located on Lee Road in Cleveland Heights. The delightful dairy shop opened its doors for the first time – but only as a brief preview of what was to come. After a few days of service, the store closed in preparation for the main event. This takes place on February 4th, when the store begins its regular operating days and hours (Thursday through Sunday).

Here is the original story:

Kandice Marchant began making cheese as a hobbyist and worked her way through a beginner’s cheese book. While enjoying the results – simple creations like ricotta, mozzarella, and cottage cheese – she had higher tastes and ambitions.

“What I really loved were the soft, blooming, washed European-style rind cheeses – and I really wanted to try them,” she says.

Marchant combined her science background (she is a trained pathologist with a PhD in polymer science) with practical training in Vermont to develop her skills and perfect her craft.

“It’s a lot about attention to detail and consistency, but also about creativity and the search for something new and different,” she explains.

It wasn’t until a few years ago, when she was associated with an Amish dairy that produces high-fat Guernsey milk, that her profession became a calling.

“That was the reason I came up with what I wanted to do with this business,” explains Marchant. “The most important thing is to use the best possible ingredients that you can. It makes a big difference.”

Marchant currently produces its cheese on-site at Stark County Dairy and is matured in a temperature and humidity controlled room at Ohio City Provisions in Ohio City. Their rich, creamy and yellow-colored cheeses are sold in select retail stores, restaurants such as L ‘Albatros and at farmers’ markets. From today they are also available at Marchant Manor cheese (2211 Lee Rd.), Marchant’s brand new retail store.

For the past year and a half, Marchant has remodeled a former Ohio Savings Bank property on a bright corner of Lee Road in Cleveland Heights. As a former client of this bank, I can confidently state that the transformation has been remarkable. There are pale lemon walls, a chilled room for cheese, and a window that looks into the immaculate cheese room.

Marchant is opening the store for just two days this week and next as a “quick, gentle opening to give people a taste of the store,” she says. The socially distant soft opening begins today, December 23rd, at 11 a.m. and continues Thursday and next week (December 30th to 31st) or until the cheese runs out. Marchant then takes a month off to regroup, replenish, and reopen in early February.

Products such as Beachy Head Goat, Lapworth Porcini, Henley and Elmstead Ash are complemented by cheese from other local manufacturers, as well as sausages, cucumbers, olives, jams, bread and crackers. By-products such as cheese boards, knives and cheese accessories also find their way into the shop. Marchant, on the other hand, is hoping to secure a liquor license so people can stop by on their way to or from the Cedar Lee Theater to purchase cheese and charcuterie along with a bottle of wine. 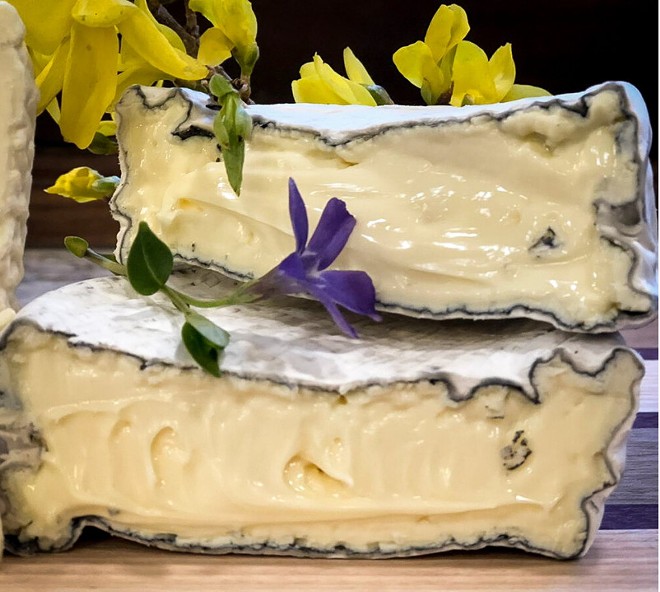 The next big step is to move all of their cheese production out of the country to Cleveland Heights, where customers can watch the process and taste the results.

“It has always been a dream of mine to be physically present,” she explains. “From a culinary perspective, it’s so important that people understand where the food is coming from. I really wanted to bring cheese-making to people. Our new slogan ‘Makers, Mongers and Mentors’ is my tripartite mission. ”

The third part of this mission relates to a series of cheese-making courses that Marchant plans to introduce at some point. And for them, there is no better place in town to do anything than their place on Lee Road.

“The reason I loved this area was that Lee Road is becoming a culinary street,” she says. “You have a winemaker, two breweries, a chocolate maker, a bread maker and now you have a cheese maker. For me it was a really good synergy. “