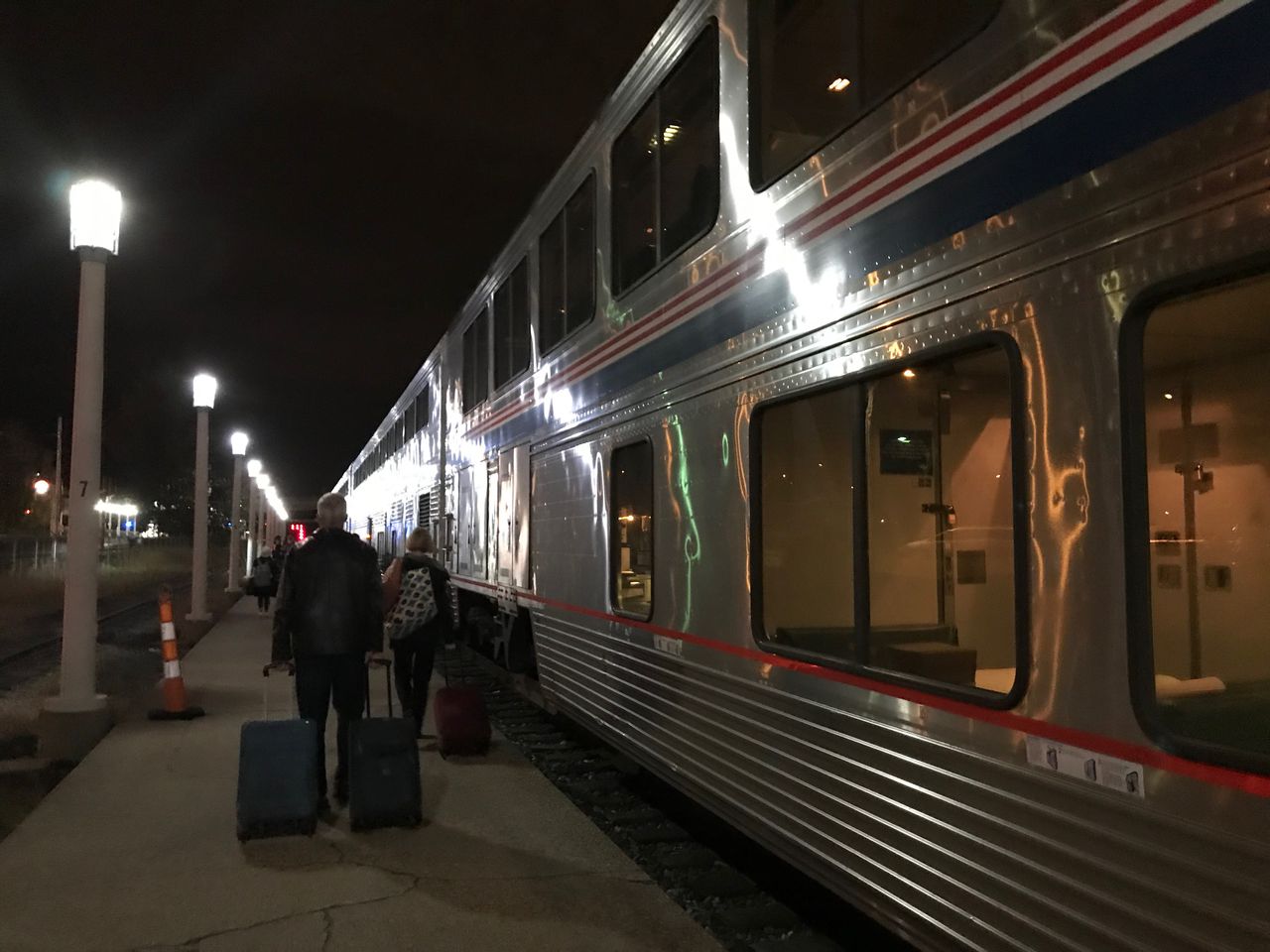 Amtrak is considering a substantial expansion of rail passenger transport across the country which, if implemented, could bring greatly expanded rail services to Cleveland, with new local travel options to New York City, Pittsburgh and Toledo and new passenger services to Columbus, Cincinnati, Dayton, Detroit and other destinations.

The move – if it happens, which is a big “if” – would be a huge boon to the hopes of Cleveland and Mayor Frank Jackson, as expressed in A recent interview with Steven Litt from cleveland.comto replace the city’s sleepy Amtrak station with a new multimodal transportation hub that is part of the revitalized access to the downtown lake.

Currently, Amtrak trains from New York City-Chicago and Washington, DC-Chicago only stop in Cleveland in the early hours of the morning. The proposal, which proponents call “visionary” and whose specific plans for cost, funding, and timing remain to be clarified, would bring five new railroad lines to Ohio, four of which would pass through Cleveland.

How likely is that? Not clear. If Amtrak and passenger train enthusiasts prevail, this can happen in part or in full. Amtrak officials have already reached out to officials in Ashtabula and the Northeast Ohio Areawide Coordinating Agency, reports Susan Glaser of cleveland.com.

Columbus is the largest subway area in the country with no passenger traffic, according to All Aboard Ohio, an advocacy group a post from January 29th Amtrak may assume all startup costs, including capital costs, but expect the state to pay half of the operating costs five years after commencement of service.

The Republicans in Ohio were cool about Amtrak expansion plans. During the Obama administration, GOP Governor John Kasich returned $ 375 million that the federal government in Ohio wanted to spend to set up Amtrak passenger services from Cleveland to Columbus and Cincinnati, which former Governor Ted Strickland, a Democrat, accepts would have. The money was offered to other states.

Building new, dedicated passenger rail lines would be enormously expensive, while upgrading existing freight lines would also be difficult if freight companies didn’t want to split their lines. On the flip side, some passenger rail advocates believe that Congress failed to use whatever power it may have under federal law to enforce such sharing of lines outside of the popular eastern rail corridor where Amtrak owns its lines.

What does our Editorial Board Roundtable think? Would this be a boon to Cleveland and Ohio, is it just cake in the sky, or should we put it under “Need More Information”?

I took the train from Detroit to New York City on my own when I was 11, and I’ve loved traveling by train ever since. Got tickets for Super Bowl XXI by train to Pasadena in 1987 – dammit, John Elway! So yes. Bring it on! Rail travel to see ball games in Pittsburgh would be just the ticket.

Ohio’s auto-centric transportation policies are both polluting and uninspired. The state and federal government need to reset their compass.

There are currently many more questions than answers. Of course, this would be a financial boon for Amtrak, but what’s the benefit for Ohio? Is there a demand for it? Sufficient driver numbers at the Greater Cleveland Regional Transit Authority were consistently a problem. Why should an Amtrak system be any different? How much would it cost? Where would the money come from? “

Lisa Garvin, member of the editorial board:

We finally have a president who pays Amtrak attention despite having to overcome decades of neglect and missed opportunities to expand public rail infrastructure. Cleveland can only benefit from train connections to more regional cities. It won’t be cheap, but as climate change worsens, it’s important to lay the foundation for a future of energy-efficient high-speed public rail.

Victor Ruiz, member of the editorial board:

Why should anyone speak out against it? Our parochial thinking in Ohio is making us miss opportunities that can really transform our economy. Instead of continuing to advance ideas that are getting nowhere, let’s broaden our thinking.

Mary Cay Doherty, member of the editorial board:

We need more information. For example, in one proposal, federal money would cover the upfront cost, but Ohio would subsidize the program after year five. Amtrak – with Costs that have exceeded annual income since 1971 – Hopes intercity rail projects will improve the bottom line. The Ohioans, however, deserve cost transparency and data-driven market analysis demonstrating the economic benefits of the project for both travelers and taxpayers.

This would be a great blessing to Cleveland and to those (like me) who love rail travel, taking you from the heart of one city to the heart of another, for visits, sporting events, or doing business to work – and see more of our beautiful state and land on the way. Let’s make it happen, Ohio!

* * Send a letter to the editor, which are taken into account for the printed publication.

* Email general questions about our editorial staff or for comments on this editorial roundtable to Elizabeth Sullivan, Director of Opinion, at [email protected].