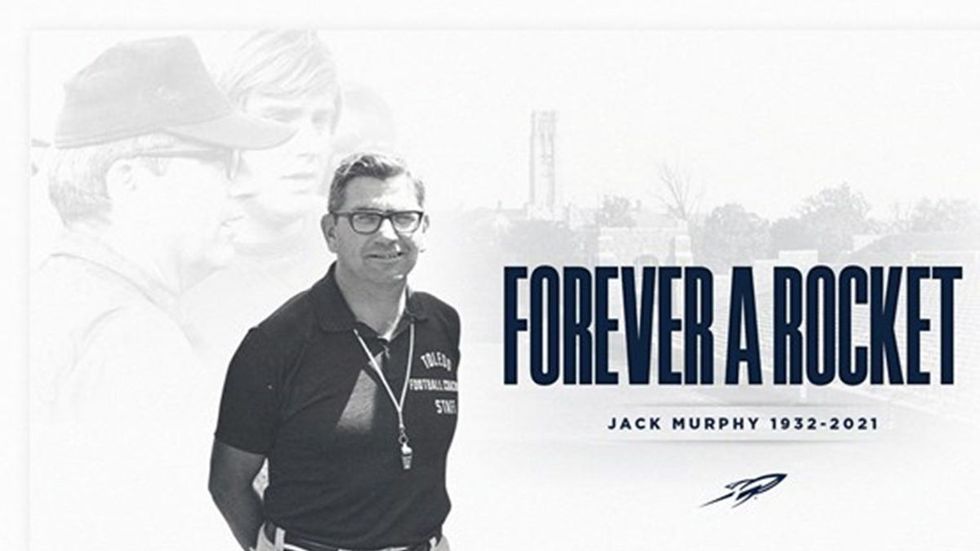 TOLEDO, Ohio (WTVG) – A memorial service was held on Saturday for former University of Toledo soccer coach Jack Murphy, who passed away earlier this month.

People drove to a tent full of photos of Murphy erected in front of UT’s Savage Arena to pay their respects to the late coach, who died January 9 at the age of 88.

Murphy was the head coach of the Rockets from 1971 to 1976. The team’s perfect record in its first season ended with a 35-0 run from 1969 to 1971, including a third straight title at the Mid-American Conference and a Tangerine Bowl win. Murphy was named MAC Trainer of the Year.

Murphy left Toledo in 1970 to become head coach at Heidelberg, his alma mater, but returned in 1971 to take over the leadership of Toledo.

Murphy was inducted into the University of Toledo’s Varsity T Hall of Fame in 1997.

Instead of flowers, Murphy’s family asked to make a donation to the Jack and Carol Murphy Fund of the University of Toledo Foundation. The fund provides scholarships for student-athletes from UToledo and can be accessed online at: UTRockets.com/Murphy.