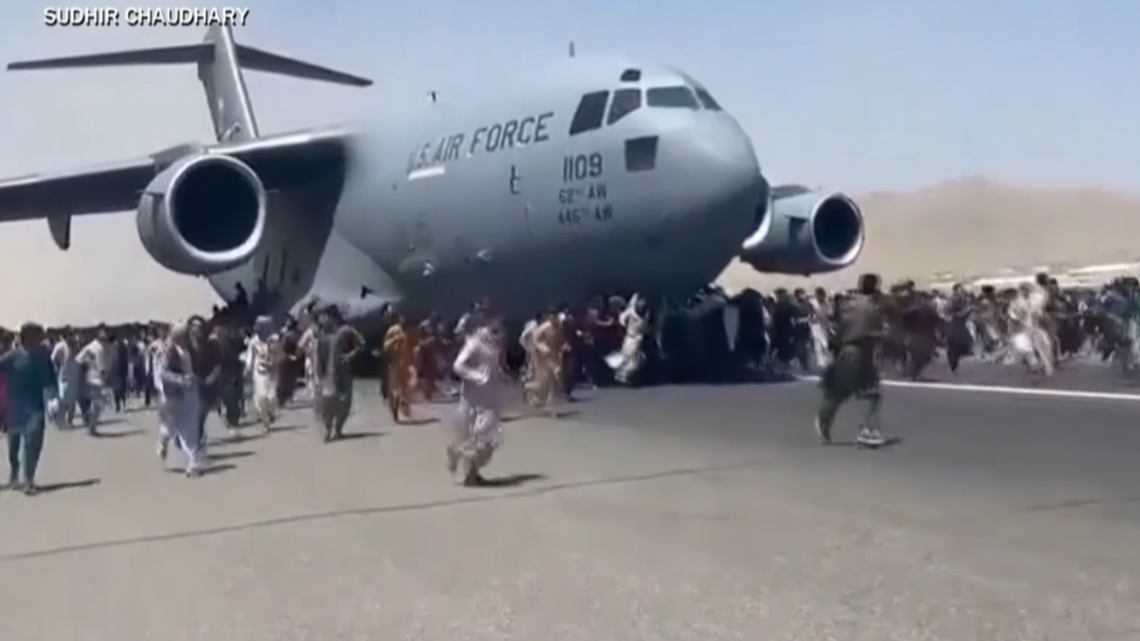 As the US pulls back, the professor says the Taliban have no real incentive to keep their commitments.

TOLEDO, Ohio – As the United States withdraws its troops from Afghanistan, a professor at the University of Toledo says conditions there could decline by before September 11th.

“The Taliban, who ruled Afghanistan before 2001, took over the country very quickly and it looks like we are likely back to the pre-2001 status quo,” said Joel Voss, associate professor of political science.

Given the growing number of the Taliban, this is no surprise.

“That really goes back to 2020, when Trump made an agreement to withdraw troops,” said Voss. “At the time, it was pretty much on the wall that the US was going to get out, and the Taliban have a lot of momentum that is exacerbated by the fact that Biden has set a strict deadline for the US to leave.”

With the US pulling back, Voss says the Taliban have no real incentive to honor their commitments to the US.

“If we don’t use air support to Afghan troops, etc., the Taliban have no point in really committing to what they said in 2020,” he said.

“In 2001, after al-Qaeda launched a series of unprecedented deadly attacks on the United States, our forces invaded Afghanistan to fight al-Qaeda terrorists hosted by the Taliban. For the past 20 years, both Republican and Democratic governments have recognized the value of a stable Afghanistan and committed to support the goal of the Afghan people to live free from oppression and tyranny, as well as the homeland and our allies from the threat of international terrorism to protect.

“As I have made clear on numerous occasions, I disagreed with President Biden’s decision to withdraw troops from Afghanistan because I believe that any withdrawal should have been based on local conditions rather than an artificial schedule.

“It is wrong of the Biden government to claim that the events we are witnessing today are an inevitable outcome. It is evident that there was no systematic plan for the withdrawal. We made 2,500 soldiers available for train and aid missions and, together with the armed forces of our NATO allies, provided a stabilizing force for the Afghan national army.

“We are now closing the US embassy and dispatching combat troops to secure the airport and evacuate our embassy and allied personnel, as well as the brave Afghans who served with us and who hold special immigrant visas. I encourage the administration to do everything possible to support this evacuation mission and to ensure the safety of our allies and their families.

“The fall of Afghanistan was preventable and will have lasting effects. Looking ahead, the United States must once again join forces with our allies and partners in the region to prepare for an impending refugee crisis and a renewed threat of international terrorism posed by Al Qaeda and its allies. Afghanistan is now more likely to serve as a global launch pad for terrorism. I urge the President to proactively formulate a strategy for the consequences of this disastrous policy. “

US Senator Sherrod Brown (D-Ohio) said in a statement:

“I am extremely concerned about the security of the Americans there, as well as the Afghans who have helped our country over the past two decades. We must do everything in our power to get them to safety and protect them from the spreading humanitarian crisis. “

Voss adds that you can’t single out management for what happens.
He says this is bad policy hanging on four presidents – two Democrats and two Republicans.