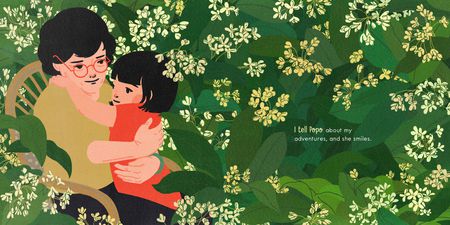 CLEVELAND, Ohio – Julia Kuo is no longer new to Cleveland.

The illustrator, who first moved to town in 2007 for a design job at American Greetings, learned about Northeast Ohio in her acclaimed “100 days in ClevelandProject, later published in a book called “New to Cleveland”.

She lived in northeast Ohio until 2012, when she moved to Chicago. In the summer of 2018, Kuo returned to Cleveland, where she has since integrated her artwork into the city itself.

Kuo’s colorful, whimsical illustrations can be found on midtown utility boxes, on RTA buses, in Van Aken District murals by Shaker Heights, in community literary lots designs, and even in the sundaes of Mason’s Creamery.

“I learned what life in a smaller town is like,” said Kuo. “It means that if you invest in the city, the city will invest in you.”

In addition to her drawings in northeast Ohio, Kuo was hired to illustrate for a number of notable publications including the New York Times, Vox, the Wall Street Journal, and Vice. Recently, some of her biggest projects have come in the form of children’s book illustrations. On January 5th the story book “I dream of Popo” was published, written by Livia Blackburne with art by Kuo.

The children’s book tells the story of a Taiwanese girl who emigrates to the United States and her experience of keeping in touch with her grandmother in Taiwan.

The book has a special place for Kuo, a second generation Taiwanese immigrant. Kuo’s parents have moved back to Taiwan, and she usually visits her family there for one month each year.

“I always do research with book illustrations and editorial illustrations because I don’t know them,” said Kuo. “‘I Dream of Popo’ was the first time I knew the content firsthand, where all of the things I was drawing were things that fueled my own memories.”

Kuo said the book also touches on topics most people can relate to, with some illustrations showing video chats between the girl and her grandmother.

“This book is ultimately about the little girl’s relationship with her grandma, even if she leaves and can no longer see her. It’s wrapped up in this Taiwanese character story, but ultimately it’s about the bonds we keep even when we can’t be together, ”said Kuo. “It seems like something everyone deals with these days.”

Kuo is already packing illustrations for another children’s book to be released in 2021: “I’m an American: The Wong Kim Ark Story,” written by Martha Brockenbrough and Grace Lin. The book tells the real life story of Wong Kim Ark, a second generation immigrant who won a Supreme Court ruling establishing birthright in the United States. 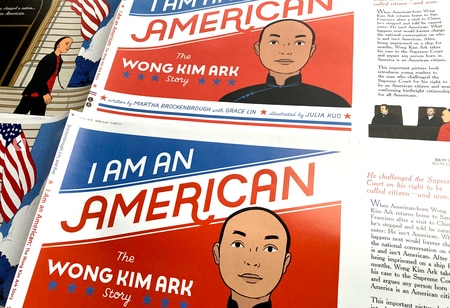 After this book is published, Kuo has even bigger plans for 2022: two children’s books that she will fully write and illustrate. Let’s Do Everything or Nothing is due out next year, after which Kuo plans to publish a book on bioluminescence as well.

The two books hold a special place for Kuo. “Let’s do everything and nothing” focuses on outdoor adventures, but also on finding happiness in everyday life. It was inspired by Kuo’s love of climbing and mountaineering and some of her more ambitious explorations; Kuo has explored Denali National Park in Alaska and Mt. Rainier in Washington in 2019.

“Those [adventures] You give me inspiration for everything I do. But it is difficult; I think the wilder the adventures, the harder it is to return home and be satisfied, ”said Kuo. “This book is about what it means to experience these things, to challenge yourself, to learn about yourself through them and to grow, but also to come back and be okay, to sit in one place and to be with the people you love around you and find peace in them. “ 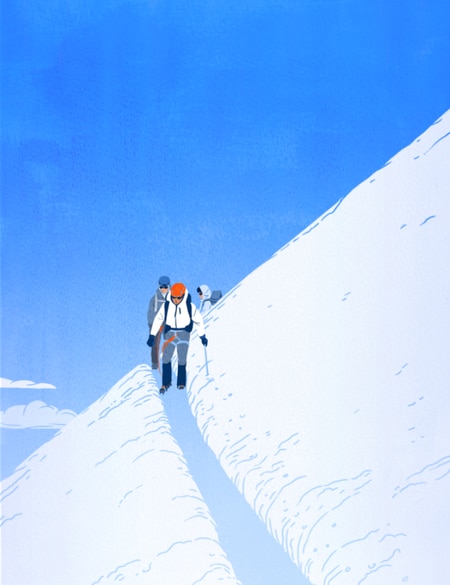 “Let’s do everything and nothing” will be Kuo’s debut picture book, she said – where she does the writing and illustrating. Her book on bioluminescence will be her second storybook, and it will also be inspired by her past adventures when Kuo encountered fireflies in caves while kayaking.

Ideally, Kuo said, her future work will combine her two passions for illustration and climbing. Through her art, she hopes to focus on depicting colored people while climbing and other outdoor recreational scenes.

“The first step in representation is always to show people doing things that you might not otherwise see,” said Kuo. “From then on, we could deal with more sophisticated news as far as we do these things. How do we feel about it? What does it do for our health? “

She added, “The outdoor industry is an area where there is room for growth in terms of diversity. I want to shape my career to nurture stories of people with color in the open air and what that brings to their lives – how this can challenge and empower them. “

You can keep up with Kuo’s work on their website, juliakuo.com.