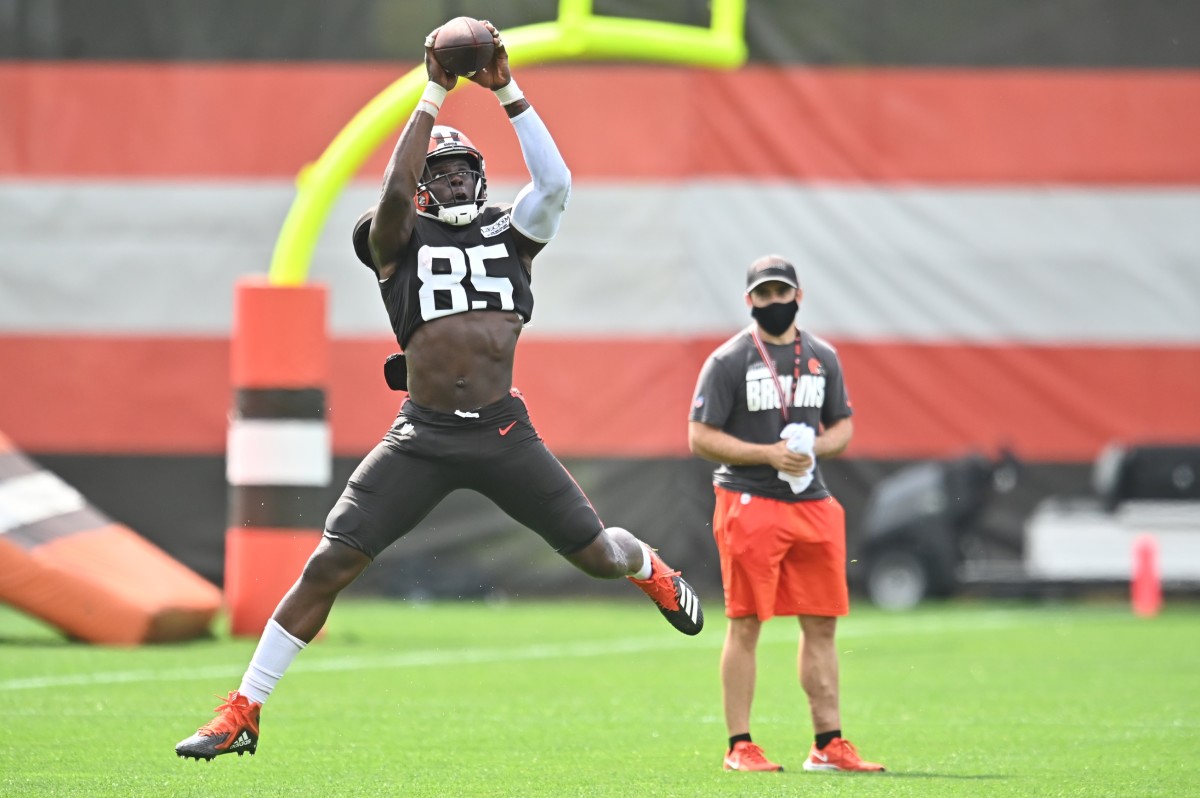 Cleveland Brown’s close end David Njoku was a guest on the Jim Rome Show and gave an honest insight into his season, his present and future at Browns as well as the conflict to reconcile the desire for playing time and team success.

Njoku was extremely careful to be clear about what he was saying before saying it in relation to his situation with the Browns. He mentioned that Austin Hooper is one of his closest friends, which he already said and that he really likes Harrison Bryant, he wants to play too.

When Rome asked him if he was happy with the Browns, Njoku replied, “No comment.” Not dissatisfied with the team as he explains, he loved the trip and what he was able to add to this season and not only helped them get into the playoffs but also a playoff game on the road against the Pittsburgh Steelers to win.

Njoku wants to play too. And he wants to be able to maximize his second contract. Although he played the track well, he doesn’t know if any of these things will happen to the Browns.

Fans criticized him for requesting a deal with the Browns prior to the season and he expressed frustration with the situation, but he didn’t pout or complain. Njoku controlled what he could control and made himself a far better player, helping the Browns in any number of games, both as a blocker and a pass catcher.

The fact that he said he wasn’t sure what’s going to happen to the Browns is likely to be taken negatively, but hearing the entire interview gives a pretty thorough perspective on what he’s feeling and why.

It’s the best interview Njoku has given to express himself and explain his situation since joining the league. It’s worth noting, however, that the Browns love him and almost certainly want him for his fifth year and possibly longer. His game at the end of the season also requires more opportunities.

The Massive TO DO – Toledo Metropolis Paper