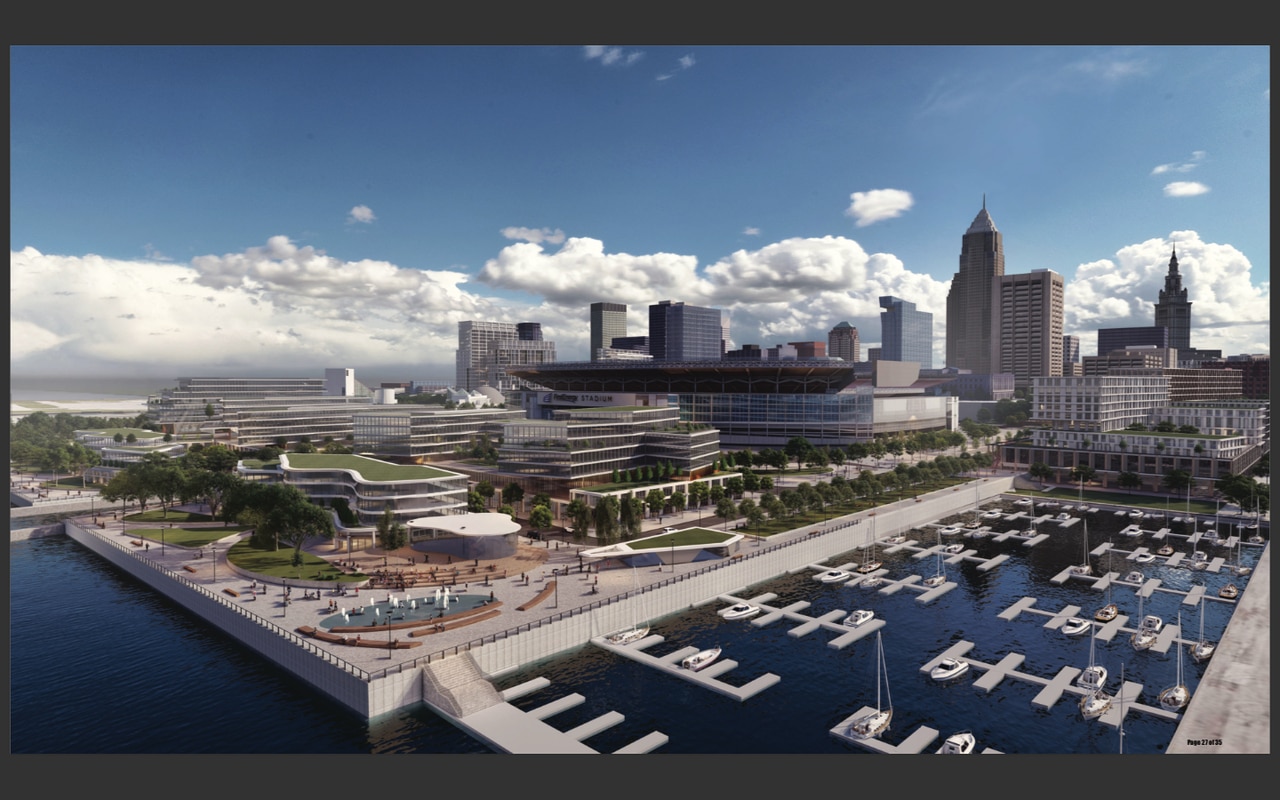 With luck on our side, Northeast Ohio residents who love Lake Erie should soon have a heated debate over a grand vision for access and development for the dying Cleveland lakefront.

Before this debate begins, we thank the Cleveland Browns and team owners Dee and Jimmy Haslam to initiate the discussion.

Like many who come to our shores from elsewhere, the Haslams, when they arrived in 2012, were hit by the underutilization of our greatest natural wealth along the shore path that separates the city center from the lake.

It is not for lack of experimentation. We have seen countless plans for the lakefront, but few of them have inspired us, and none of them have had the money to make them come true.

So the Haslams got to work. They spent $ 1 million to hire a renowned architect to come up with an inspiring vision and worked with Mayor Frank Jackson’s administration to design it. The plan calls for a giant land bridge – the size of another downtown mall – that spans the freeway and railroad so people can easily walk from downtown to the water. It calls for part of the land near the museums and Browns Stadium to be developed into apartments, offices or retail. The goal is a campus with green spaces that connects the Great Lakes Science Center, the Rock & Roll Hall of Fame, the football stadium and the new building.

The plan would close the Shoreway ramp to the Main Avenue Bridge, which would affect West Side residents commuting to Cleveland. With the various transportation aspects of the plan, Cleveland did has applied for $ 5.6 million from the Ohio Department of Transportation for the first draft work and conception of the project. The city would allocate $ 2.5 million for this design, and subsequent work would span 18 months and result in 30% complete design documents, according to Osborn Engineering. We hope that luck is with us and that we win the scholarship.

If we do, you can be sure that the plan will be discussed. West Side commuters must be heard. The museums have a say. We all do. And spending on implementing this lakefront plan would inevitably mean less money on other things.

Without the Haslams, however, there would be no debate. Their main goal since arriving here has been to give this city a victorious soccer team and they seem to be well advanced along that path. But they have also invested a lot in the community. The Browns Foundation’s work to improve school attendance – first in Cleveland and now across the state – has made Ohio the national leader in school attendance. they also has pledged $ 1.5 million for pandemic relief Funds in the state.

However, their permanent legacy could be the lakeshore. You didn’t have to do this. They get little of it as they do not own the lakeshore land and are not developers. Yes, better lakefront makes a better environment for the stadium they rented from the city, but that barely justifies spending $ 1 million.

No, the Haslams did that because they care about this city that they have adopted. And if that vision becomes a reality, then it will could forever change our relationship with the lake.

One final note: Unfortunately, this lakeside vision does not face east to Burke Lakefront Airport. However, if this lakefront development is successful, we hope it will eventually move political leaders to take the obvious next step and close the airport and transform this location into the lakefront gem it should be.

About our editorials: Editorials express the opinion of the editorial staff from cleveland.com and The Plain Dealer – the senior management and editorial team. Traditionally, editorials are not signed and should be understood as the voice of the news agency.

* Write a letter to the editorwhich will be considered for publication in print.

* Email general questions about our editorial board or any comments or corrections to this editorial to Elizabeth Sullivan, Director of Opinion, at [email protected].

Tips on how to report a pothole in Toledo